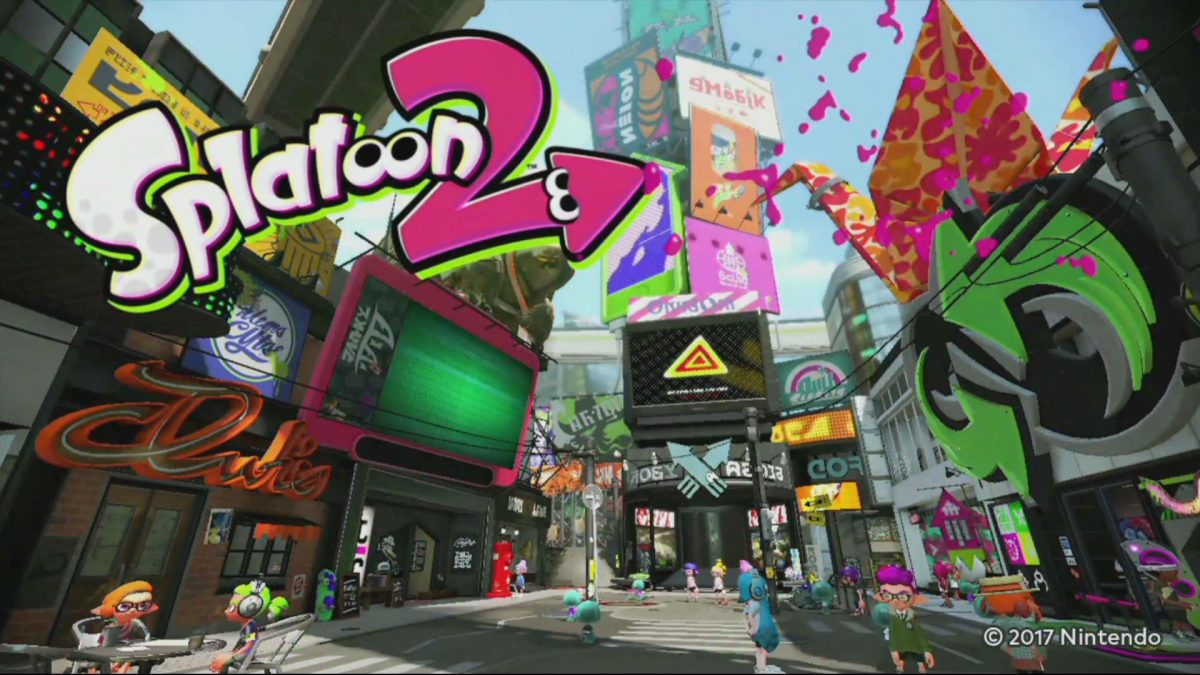 The ink-splatting action is back with Splatoon 2, the recently released game for the Nintendo Switch! In Splatoon 2, the squid-like Inklings are back in a colorful and exciting four-versus-four action shooter game. The sequel retains the objective of Splatoon but offers new weapons and play modes, an improved gaming experience, and enhanced graphics.

Splatoon 2 is a third-person shooter game developed by Nintendo for the Nintendo Switch. It was released in July 2017 and is the sequel to Splatoon for Wii U. Splatoon 2 can be played by up to eight players in four-versus-four matches online. Similar to Splatoon, the sequel features characters known as Inklings. Players control the Inklings, using colored ink to cover territory and attack opponents. Players can switch between their humanoid form to use weapons to splatter their opponents and spread ink, and their squid form, which can swim through ink and up walls, hide in their team’s ink, and recharge their ink tank faster.

Two years have passed since the release of Splatoon, so you can expect to see fresh features. Splatoon 2 offers new weapons, including jetpacks and dual-wield pistols that allow players to perform dodge rolls. There is also a new mode called Salmon Run, which lets up to four players team up to attack enemies called Salmonids. There is also a new online mode, League Battle, in which teams battle other teams in a two-hour period to gain points. The Splat Charger and Splat Roller have been enhanced to include new special weapons and gameplay mechanics. The Joy-Con Controllers and Nintendo Switch Pro Controller offer gyro controls for improved aiming and control. Splatoon 2 sees familiar characters return as well as introduces new characters. To sum up, Splatoon 2 features new weapons, improved graphics, and new play modes.

Like Splatoon, the new game will be regularly updated with fresh, free content for roughly a year. Splatoon 2 has received positive reviews for adding fresh features while retaining the great aspects of the original. Games Radar complimented Splatoon 2 on its “colourful art style” and “surprising depth.” Metacritic assigned Splatoon 2 a score of 84/100. Generally speaking, Splatoon 2 has received favorable reviews and is living up to its expectation of being the most anticipated video game of the summer.

Are you dying to play Splatoon 2 or test out the Nintendo Switch? If you want to play the latest games and consoles, GameTruck Chicago is here to make that dream a reality. Whether you want to host a birthday party, back-to-school event, or just a fun get-together with your friends, GameTruck’s state-of-the-art mobile gaming theaters will make it unforgettable. To learn more about hosting a video game party or to book an event, contact GameTruck Chicago today at (866) 253-3191.