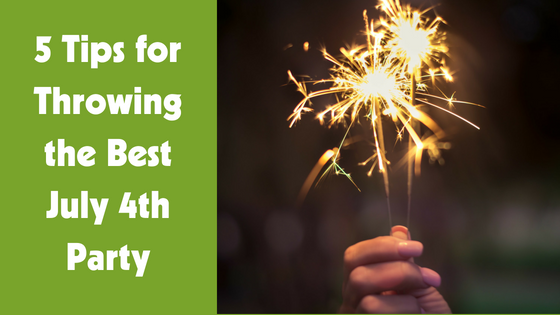 The fourth of July is easily one of the most exciting holidays of the year, and everyone likes to enjoy the sunny weather by celebrating outside with plenty of food, friends, and fireworks! But just like with any holiday, it can be a bit stressful – especially if you plan on throwing your own celebration rather than attending one this year.

If you want to throw an Independence Day bash that is kid-friendly and parent-approved, you still have plenty of time to organize a successful party. Your friends at Game Truck Richmond have compiled five expert tips for throwing the best July 4th party this year!

It’s easy to get overwhelmed when trying to arrange the best Independence Day party for your guests. Make sure you keep a checklist so that everything you plan can be easily checked off.

Don’t forget to create a guest list to project how much food you need to prepare and how to arrange the party layout. And remember to set your budget ahead of time so that you don’t get carried away!

Regardless of whether you plan your Independence Day bash to be inside or outside, it’s essential to check the weather. Thunderstorms can quickly ruin an outdoor party, so plan to have a backup option! Make sure an indoor space is ready if needed.

Let’s cut to the chase here – a party lacking food can turn from good to bad in seconds.

Make sure when preparing for your guests that you make (or order) food that is easy to eat; otherwise, your party goers will want to wander around and eat on the go. Burgers, hot dogs, fruit kabobs, cookies or brownies are all simple foods that are incredibly delicious for both kids and adults.

Thinking of party games for kids can be a difficult task because you want to ensure that kids of all ages are having fun. Fun and age-friendly games such as laser tag, water tag, and bubble soccer are simple and will keep the kids entertained for hours. But if you want to get bonus points for party planning, book Gametruck Richmond and ensure that your guests stay entertained for hours!

It can’t be a Fourth of July party without fireworks, can it? If your state allows it, you can purchase and set off fireworks from the comfort of your home. If this isn’t the case, you can plan the party accordingly so that your guests can walk or drive to a nearby fireworks show!

Celebrate The Fourth of July with GameTruck Richmond

Planning a party by yourself can be a hassle – so don’t! The team at Game Truck Richmond will be your party planning partners. With our mobile gaming theaters and arenas, we can take the fun anywhere – rain or shine. Throw the best kid-friendly July 4th party this year! Call us at (866) 253-3191 or contact us here. 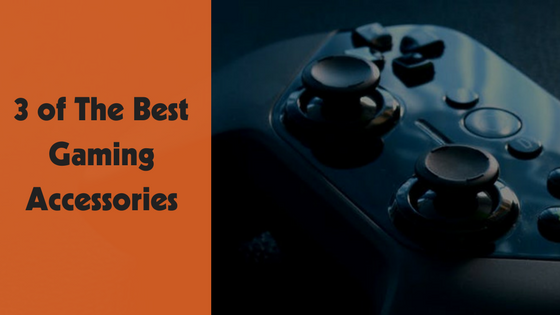 The DualShock 4 Wireless Controller for PlayStation 4

Much like DualShock 3, the DualShock 4 has tilt controls, vibrates, has a built-in rechargeable battery and doesn’t contain any fewer buttons. The R2 trigger buttons are curved inward unlike its older version, and along with its shape and size, this makes it much easier to hold and built to cater almost all hand sizes. DualShock 4 sets itself apart from other controllers by its additional features, which but you won’t find in other controllers. The first addition is its touchpad above the analog sticks. The new multi-touch and clickable touchpad on the face of the DualShock 4 Wireless Controller opens up worlds of new gameplay possibilities for both newcomers and veteran gamers. The DualShock 4 has a built-in speaker and stereo headset jack, putting several new audio options in the player’s hands. This brilliant feature allows you to listen to listen to all in-game audio without bothering anybody or having to pay for headphones or a long wire connecting to the TV for your headphones.

Controllers are great, but if you feel you’re not getting the best out of your racing games, then investing in a racing wheel for gaming may be the best option for you. If you want a good item for a racing car game, Logitech G920 Dual-motor Feedback Driving Force Racing Wheel with Responsive Pedals for Xbox One is the wheel for you. It works with XBox One and PC. It has Dual-Motor Force Feedback meaning that when driving it gives vibrations back giving you a ‘real’ driving experience. The wheel feels nice in your hands and turning is relatively precise with its 900-degree rotation. The Logitech G920 has easy access game controls, responsive pedal unit, and mounts securely.

Now if you got the best controller for PS4, you’re going to need an excellent charger to go along with that. And if you love playing video games a lot, and spend a majority of your time playing, you know that playing video games does something horrible to your controllers. It murders your batteries, burns it, drains it, etc. So the PS4 controller charger by YTEAM is a great charger to use because it’s rather small and lightweight and straightforward to use. It comes with two parts, with the charging dock itself and the stand. The clear plastic holders help guide the controllers efficiently into the charger plug. It comes with the USB cable, the one you use for the PS4 controller. So just plug it into the PS4 cable, and it charges very fast.

Want to be able to check out the latest gaming tech yourself before buying?

We’ve listed out four gaming accessories to check out to maximize your gaming experience, but if you don’t trust our word for it, you can check out these accessories and more without paying all the money buying them yourself. Plan a mobile video game party at Game Truck Jacksonville today; our certified Game Coaches can give you the best advice you need for the latest tech for the lowest prices. Here we have the newest gaming consoles including XBox One, PlayStation 4, Wii-U, and Nintendo Switch along with gaming accessories you need to give you the best gaming experience. To learn more and get a free estimate, you could go on our website or call (866)253-3191.