Blog » Inland Empire » The 2019 Video Game Titles You NEED to Pay Attention To! 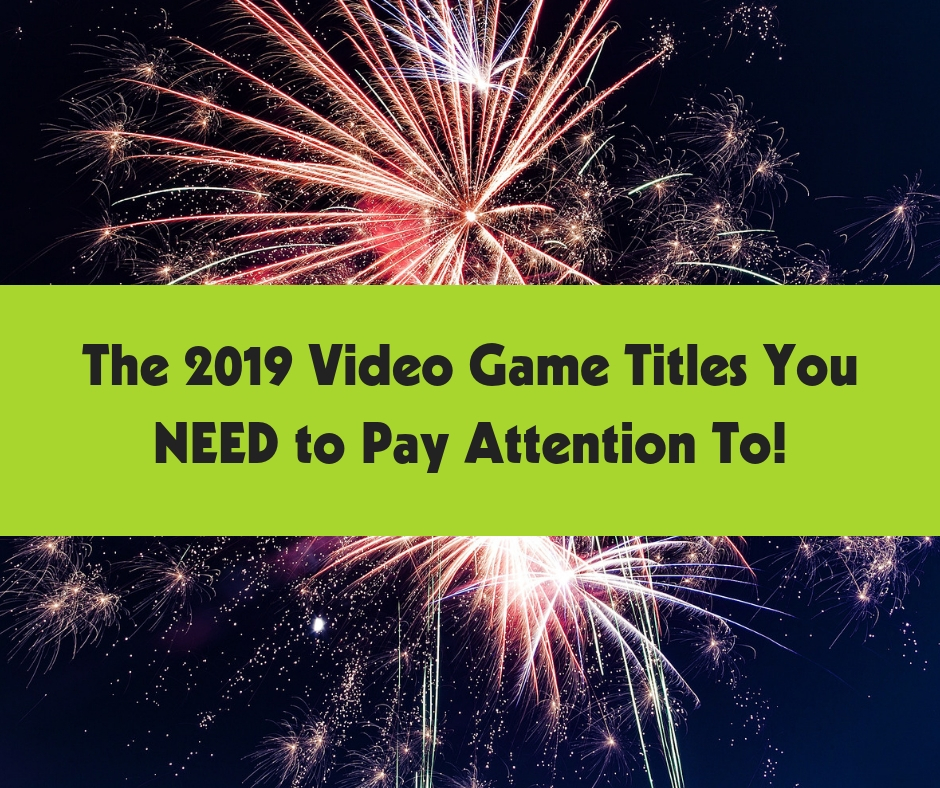 With the end of 2018 and all of 2019 ahead of us filled with opportunity, it’s time to start thinking about the best video games that are to come! Even if you’re still catching up on the best games of 2018, it’s never too early to start thinking about what lies ahead! We decided to compile a list of just a few upcoming titles that we’re the most excited to play all year long!

Platform: Nintendo Switch
Release Date: January 18th, 2019
A spinoff of No More Heroes 3, this game has seven different game titles including an action game, racing, puzzles, and more. Beware of the vicious boss who awaits you at the end of each game in this action-packed adventure!

Platforms: PS4, Xbox One
Release Date: January 29, 2019
Love Final Fantasy? Love Disney? Well, then this epic mashup was made just for you! This critically acclaimed game series has won the hearts of many… and since it’s been 13 years since the release of Kingdom Hearts 2, the fan base is eager to finally continue the story from where it left off. Kingdom Hearts 3 expands upon the universe set up by the first two games and follows the main characters as they grow older and face hardships time and time again. Sora, we’re with you!

Platforms: Xbox One, PC
Release Date: February 15, 2018
Set in a dystopian future… Crackdown is an open-world experience that lets you take on crime, corruption, and drug lords. Fight for the sake of good and once again take on the role of The Agency as you fight against a rogue terrorist organization that’s jeopardizing the safety of New Providence.

Platforms: Xbox One, PS4, PC
Release Date: March 8, 2019
This surreal video game puts you in the shoes of Nero, the main character who is a demon hunter! Nero’s robot arm and his sword that he can rev like a motorcycle engine make this game a fun and uniques action-packed, demon-hunting adventure!

Platforms: PS4
Release Date: April 26, 2019
This adrenaline-pumping video game is about survivors and the struggles they face every day: desperation, loss, madness, betrayal, friendship, brotherhood, regret, love – and most importantly. Through the hero’s journey, you will learn that hope never dies.

Platforms: PS4, Xbox One, Nintendo Switch, PC
Release Date: May 21, 2019
Join the Mobius’ fastest hedgehog as he hits the racetrack (in a car… since he’d be too fast on foot)! This game is a new-age take on traditional arcade racing video games and the newest addition to the Sonic the Hedgehog legacy! It’s vibrant imagery and visuals combines with finely tuned fundamentals is sure to make this game worth playing this year!

Ori and the Will of the Wisps

Platforms: Xbox One, PC
Release Date: TBA, Spring 2019
This enchanting game with hand-painted backdrops is a sequel to Ori and the Blind Forest, which was a wonderfully alluring game! It will take us back to Ori’s beautiful, treacherous world, introducing us new regions and creatures in the lush Nibel forest.

Platforms: PS4, Xbox One, PC
Release Date: TBA, 2019
Though Respawn Entertainment hasn’t released too much information yet, this is sure to be a classic, unforgettable Star Wars adventure! They have revealed that it will take place sometime between episodes 3 and 4, but the questions of who we will be playing as, what genre it will be, and if the infamous Darth Vader will show up all remain mysteries.

Try Them All and More in an Epic GameTruck Video Game Party!

2019 is sure to be full of excitement and thrills! Kick it off the right way with an epic GameTruck video game party! Our trucks come equipped with all the consoles and games you’ll need to have the best party of the year! Contact us here to start planning your next video game birthday party, corporate event, church event, or family reunion!