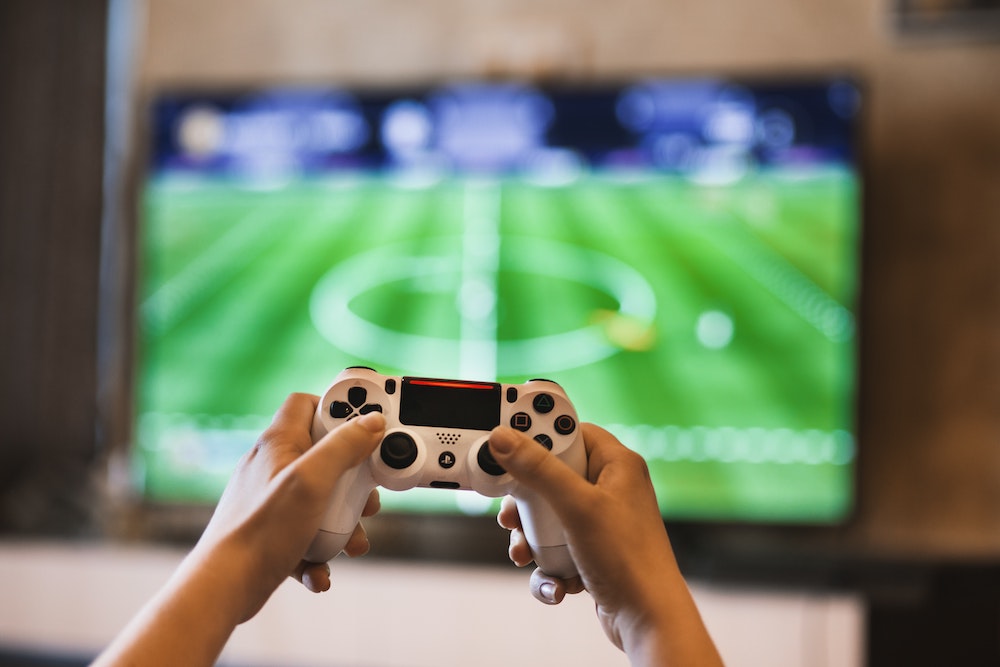 It’s nearly fall, ya’ll! If you’re like the team at Game Truck, you are probably very excited for cooler temperatures, cozy sweaters and of course, tasty pumpkin flavored goods. One of the most exhilarating parts of this season is celebrating the holidays with friends, family, and coworkers. From Halloween to Thanksgiving (and celebrations in between), the change in weather and turn of the season is a great time to get together and make lasting memories.

Fall is also a great time of year to plan a festival! If you happen to work for an organization (such as a church, school or non-profit), you likely have a lot of fun (and a lot of work!) ahead of you. Luckily, the weather is in your favor and you can include many exciting fall elements, such as costume contests and bobbing for apples. You can also hire vendors that make your job easier and your event even more exciting. Game Truck Atlanta is a popular go-to vendor for youth and kids festivals of all kinds!

While video games may not be the most traditional option when it comes to fall entertainment, it’s certainly one that will make your festival unique, exciting and unforgettable. Our party trucks offer dozens of age-appropriate game titles, the latest gaming consoles available on the market and high-definition TVs for a seamless gaming experience. Also, each party includes gaming coaches who can provide assistance at any time and help add to the event’s excitement.

A Game Truck party is a great option for many festivals because our parties entertain everyone, even attendees who aren’t gamers! Game Truck parties include laser tag and water tag, in addition to video games. There is something available for everyone and each attendee is bound to be entertained regardless of their hobbies. And note, video gaming doesn’t have to be the centerpiece of your event, but it sure does make an exciting addition to any festival.

Game Truck Atlanta has been in business for nearly a decade. We’re 100% committed to reliability, fun and of course, customer satisfaction. Our Game Truck events are designed to be memorable and take the pressure of party planning off party hosts. Book an event with Game Truck, and impress and entertain your guests without dealing with party-planning stress.

From Atlanta and Marietta to Decatur and Alpharetta, the Game Truck Atlanta Team is proud and excited to bring exciting, innovative parties for youth of all ages to the local community. If you are currently planning a fall festival (or any other event), please contact us today at 866-253-3191 or click here for a pricing quote.

Battle Royale games are HOT right now. Players love the excitement of being on a battlefield with dozens of other players all searching for loot and looking to come out on top. But these survival games are different than a normal first-person shooter where skill mostly determines the winners and losers. Game developers have added variations to each game, like different types of loot and playable characters which makes them more about strategy than ability. Here is our guide to the most popular battle royale games at GameTruck Richmond.

Fortnite: Battle Royale started out as an internal game developed by Epic Games. It might look a little different from the original concept of the game that was announced in 2011. Fortnite: Battle Royale pits you against 99 other players that airdrop onto an island from the “Battle Bus”. A storm slowly engulfs the island which forces the players into a smaller and smaller area. Your goal: be the last player standing. In order to compete, you must search your surroundings for traditional weapons that are color coded. The colors indicate the item’s power and rarity. The game features a third-person, over-the-shoulder perspective. It gives you a better view of the environment, but it can also make it harder to aim.

Once you land, you have no weapons – you start with a pickaxe to demolish your surroundings and find items. The building mechanics and ability to destroy are what set this game apart from other battle royal games like Apex Legends and Blackout. Just about everything in the game can be destroyed, and as you break structures down, you gain materials to build walls, floors, roofs, and stairs that protect you from or help you to get over your enemies.

Blackout is the battle royale extension of Call of Duty: Black Ops 4. It builds on the already successful Call of Duty franchise, so players will find familiar locations and scenarios, for example, zombies appear in its player-versus-environment mode. Blackout has a greater sense of realism than Fortnite or Apex Legends. It’s $60 price tag might be a little hefty compared to the other games on this list – especially because the other two are free to play. But if you already are a fan of the Call of Duty franchise and own Black Ops 4 then it’s a welcome addition to the game.

While some of the maps, characters, and weapons are from Call of Duty, this game is no slouch in terms of excitement and playability. In this battle royale, you fight against 99 other players in the same field. There always new modes being added like Team Deathmatch and Close Quarters Frenzy.

Call of Duty: Black Ops 4 is available for purchase, or you can download it from your console’s store.

EA and Respawn Entertainment’s free-to-play battle royale is Apex Legends. Set in the Titanfall universe, players form squads of 3 battle against 19 other teams each match. In Apex Legends, you’ll see the same sci-fi weapons from Titanfall. You can add attachments to those weapons to make them better, and it enhances the gameplay. These attachments come in three levels of quality: common, rare, and epic. For example, if you find a rare magazine attachment it will add higher capacity and faster reloads to your weapon.

What separates Apex Legends from other games is that it’s essentially a hero shooter. When you form your squad, you choose a character, and each character has its own unique characteristics and abilities. Therefore, playing to the characters’ strengths, and strategically forming your team are essential when playing this game.

Apex Legends is free to play, and it can be downloaded from the official website here.

Up the Action with GameTruck Richmond’s Online Game Package

With GameTruck Richmond’s online gaming upgrade, you can experience Fortnite, Apex Legends, and Call of Duty: Blackout for up to 20 of your friends. You’ll also get to try out other cool multiplayer games like Roblox, Splatoon 2, and Battlefront 2. For pricing and options, book here or call (866) 253-3191.

Spring break is THE time to host a video game party. Awesome weather, a week off from school, and all of your friends are home, too! What better time to have friends over for an epic party filled with games, good times, and fun?!

Of course, you probably already have some games that you like to play with your friends. Maybe you were lucky enough to score the new Super Smash Bros. Ultimate! What characters have you been playing? We love Kirby and Piranha Plant!

Fighting games work well at gaming parties because matches only take a few minutes. You can switch quickly among friends, and those who aren’t playing won’t have to wait long in case of a rematch. First person shooters, anyone? If you have more than one console, you can form massive teams! Sports games always have multiplayer, and they’re a true test of your skills. But sometimes, the games can take way too long. You can try switching players each quarter if your friends don’t want to wait!

Plan ahead! You’re going to need plenty of tasty snacks and drinks to ensure that your party goes on all night long. It’s important to buy your snacks before the party begins to avoid interruptions. Admit it – that 15 minute trip to the store always takes longer than you plan when your buds tag along. You can ask your friends to bring their favorite gaming fuel. That way, everyone is a contribution.

The kinds of snacks you buy are important. Buy things that are easy to eat with one hand or that can be eaten between matches or cutscenes. Keep in mind, some one-handed snacks can be quite messy! Nothing is worse than Cheetos dust all over your controllers. If you’re into cooking, check out these fun recipes that are great for gamers.

Also, stock up on plates, cups, and napkins. If you have the room, it might be a good idea to make a separate space for the snacks. A dedicated food area will be easier to clean up and keep the gaming zone clean, too.

This should be a no-brainer. Make sure that all of your controllers are charged before your friends come over. Have extra controllers just in case. In case you missed it, check out our guide to what gaming accessories you might be missing out on!

You can always encourage your friends to bring their favorite accessories and controllers as well. That way, your friends can’t accuse you of having broken controllers when they lose! Who likes a poor loser anyways?

Let’s Get This Party Started!

If you really want to make some memories, get in touch with us today! GameTruck parties are the way of the future; we come to you and do everything we can to bring the fun, the excitement, and good times! We’ll bring the consoles, 80+ of the latest, age-appropriate games, and room for up to 16 players at once! Contact us online today or give us a call at (866) 253-3191 to get started, together!