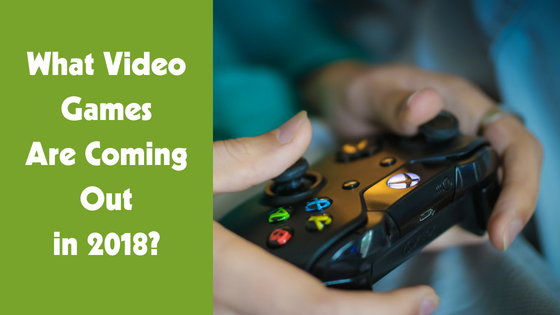 It is any gamers dream when the long-awaited video game of the year finally hits the market. The experience of logging on to your device and seeing the games opening credits for the first time is such a thrill. 2017 was an excellent year for video games, so 2018 is going to have to step up its game to beat last year’s stellar selection. Luckily, your gaming experts at Game Truck San Jose have provided you with the ultimate list of video games coming out in 2018.

Due to be released later this year in September is Spider-Man! This open-world adventure game is packed with action as you scale the streets of Manhattan fighting crime. You can also switch up characters and play Mary Jane as she works as an investigative reporter. With this game rental, you get the best of both worlds.

Though the release date is still to be determined, this game is created as the prequel of Red Dead Redemption, originally released in 2010. Little to nothing has been released about this game other than the fact that you will be playing as a member of the Van der Linde Gang. The suspense is chilling.

This game takes place in a world doomed by a zombie takeover due to a fungal infection outbreak. This second game of the series is left to the imagination without a release date. All the director Neil Druckmann can say is, “This story is about hate.”

The third installment in this series promises the same futurist approach to crime fighting as the previous two. Crackdown 3 assures the original aspects of the past games, but offers more environments to patrol through with even bigger super abilities. The release date is still a mystery.

This post-apocalyptic gaming series was previously located in the subways of Moscow, but will now be expanded into the snowy streets of the town. Mutants are roaming the street and a gas mask is a must for survival. The 2018 release date is still up in the air.

The first game in this series was released in early 2013 and although it was rough around the edges, it was deemed different from other zombie games. Rather than the typical shoot and kill scenario, this game focused on community engagement. If your character were to die, another member of the community will take your place. The second installment is yet to have a release date and is said to be expanded into a four-player co-op.

With all the hot new video game releases this year, the excitement is quite unbearable. Game Truck San Jose can create the ultimate gaming atmosphere with our mobile game trucks. Gather up your friends and let us organize a 2018 video game release party for you. Call us at (866) 253-3191 or contact us here! 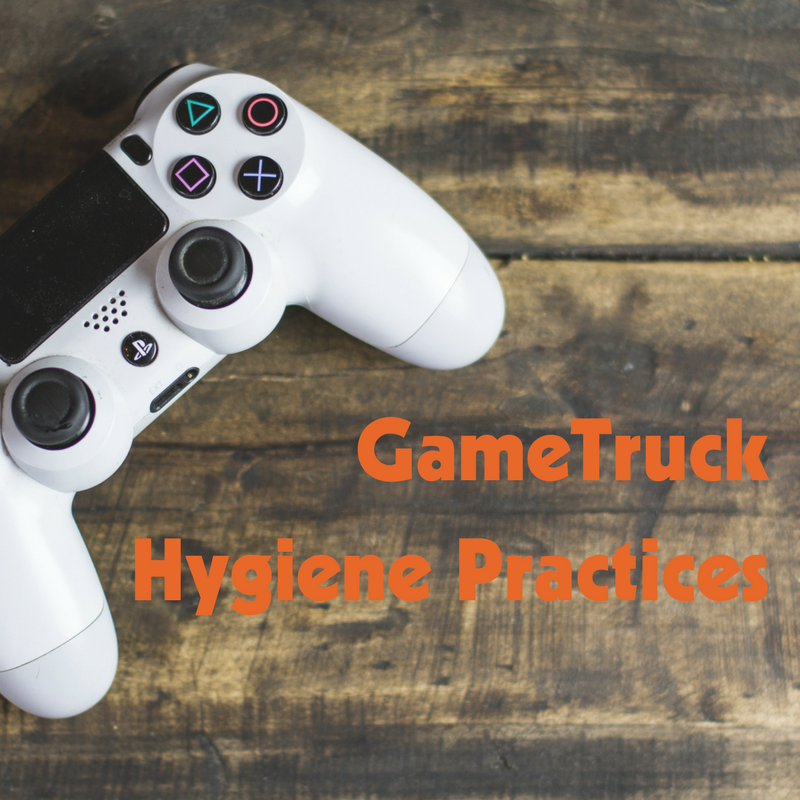 Despite our best efforts, we all know kids can be kind of dirty. It’s hard when your young to fully understand the importance of washing your hands throughout the day. As much as we lecture our kids about germs, it’s not always effective. A snot-nosed kid is every parent’s worst nightmare, and if one shows up to your party, it can be a breeding ground for germs. Here at GameTruck San Jose, you don’t have to worry about that thanks to a few of our safety precautions.

Before hosting each event, we have a thorough process to prevent the spread of germs and create a fun, stress-free environment for parents and children alike. After each event, the truck is sanitized entirely by our team to provide a safe and clean environment for our next guests. By sanitizing the truck between parties, we are offering an environment parents can be confident sending their children. Beyond that, we also make sure the controllers for each system are sanitized to prevent contamination.

Now you may be asking, how do we protect your kids once they’re all together? To keep things clean throughout the party we take a different approach. Hand sanitizer is provided for all children before entering the truck and after they leave to eliminate germs and bacteria. This way if something is going around we can combat the spread of germs within a confined space. Safe Space reports “Minimizing your exposure to other people’s germs is crucial for your health. When you take a moment to sanitize your hands a few times throughout the day, you reduce your chances of getting sick.” By ensuring the hands touching controllers are sanitized before and after interaction we are stopping the spread of viruses and bacteria.

Leave It To Us

Have peace of mind knowing all of you and your kids will be safe from germs at a GameTruck San Jose party. The only long-term effects will be the awesome stories your children tell about the greatest birthday party ever! As demonstrated by our hygiene practices Gametruck San Jose is committed to providing a safe space for your children. Call us at (408) 691-9144 for your birthday party needs! 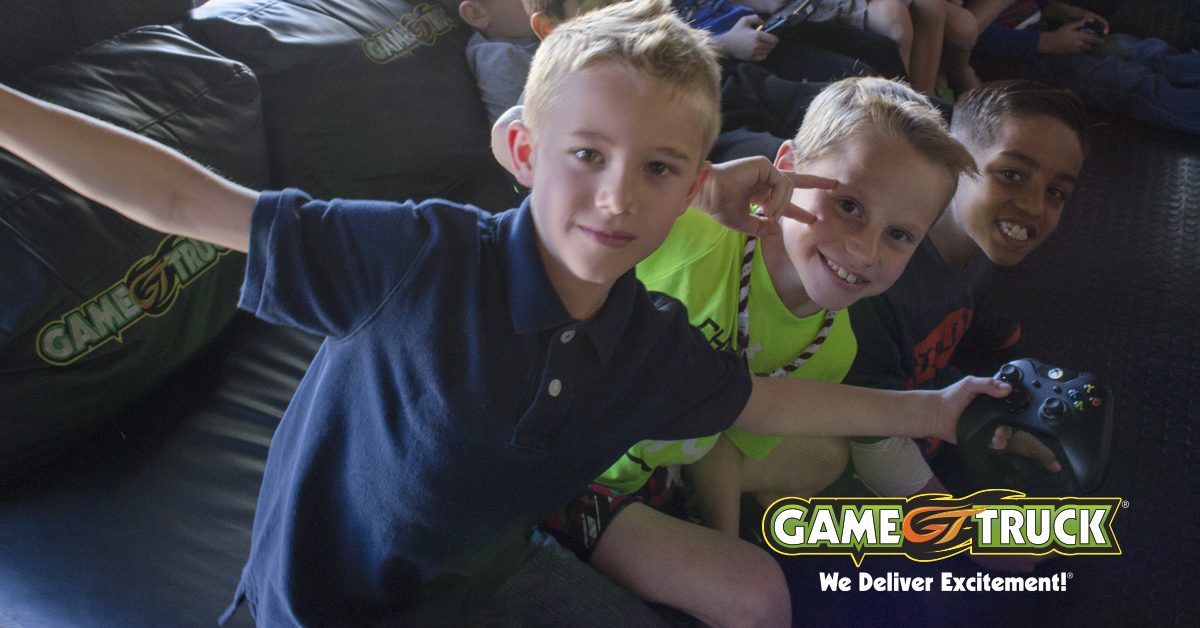 Wondering Why Your Child Can Beat a Video Game in a Matter of Days?

The answer lies in your child’s thought patterns. There is a large amount of concentration and goal orientation that is learned when your child aims to beat a video game. Their pattern recognition and reasoning changes as a game continues. Their situational awareness also changes as their video game style develops and they start to play new and different types of games.

A Well Known Benefit is Higher Adaptability to Teamwork and Cooperation

With the rise in multiplayer games as well as online gaming, this benefit is well known. When working together with large groups, there are a few skills that must be met to create a working team. Some of these skills are learning to compromise, pattern recognition, and reasoned judgments. These skills may sound familiar from an average workplace.

As most adults know, when overcoming challenges, a key factor is risk assessment. When your child plays video games, they go through the same process. They assess the risks of avoiding an enemy or take the risk of approaching them head on which helps nurture and create your child’s gaming style.

What About Responding to Frustration?

This persistence can be credited to your child’s ability to rethink goals. Out-of-the-box thinking is a large part of most video games. Their ability to process and rethink the situation helps them accurately assess their skills and interpret information differently that complements their gameplay style.

After Seeing All the Benefits Video Games Offer, How Do You Feel?

If you’re looking for activities for kids then look no further! GameTruck covers video game themed birthday party for all ages! Wondering which consoles to choose? Game Truck can over a Wii party, ps4 party, or any other birthday party ideas! Want to book our mobile video game truck in San Jose? Just visit https://www.gametruckparty.com/san-jose/booking/begin to book your appointment!