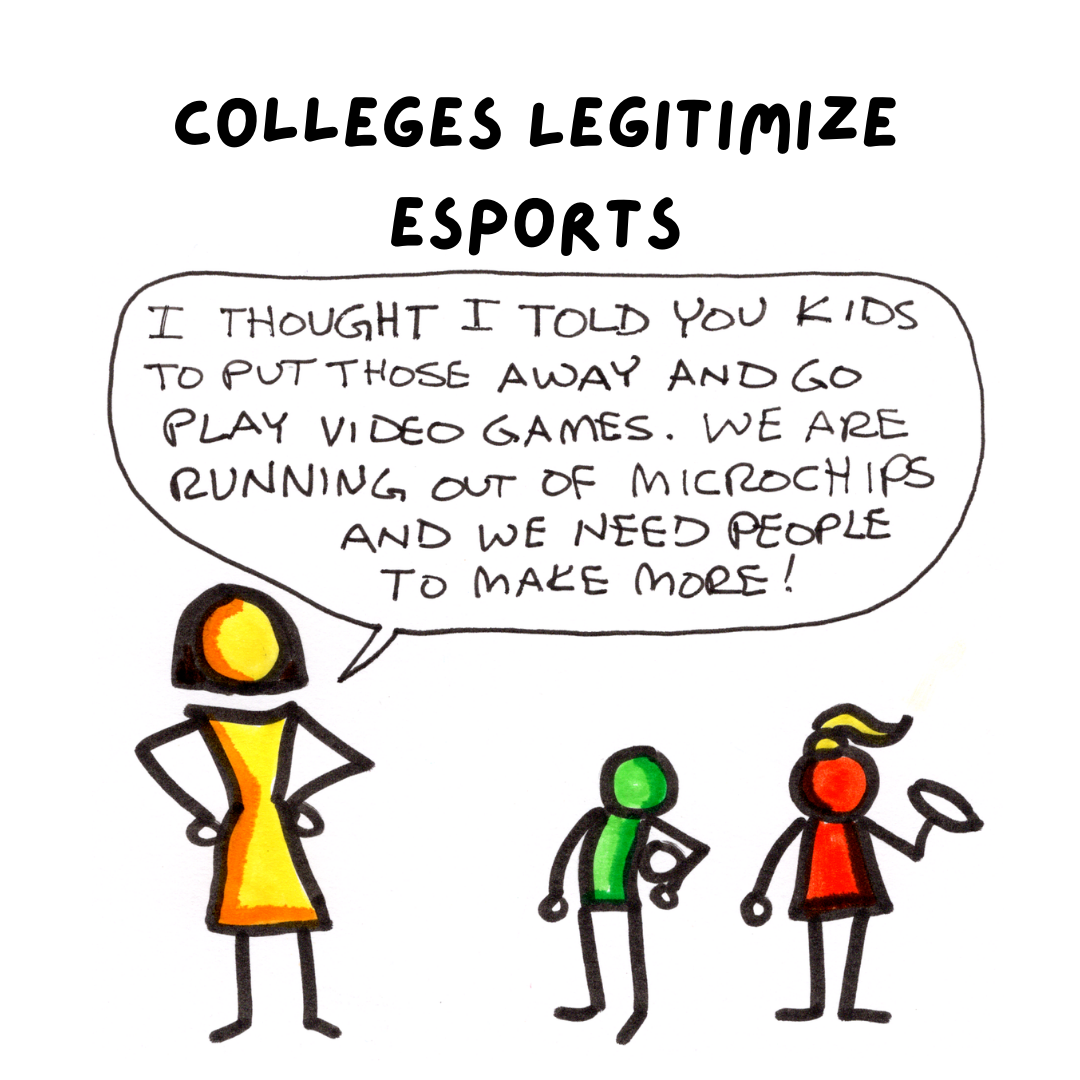 Colleges Legitimize Esports | Why It Matters

Recently we completed our own survey of how many colleges and universities have Esports programs. I had a conversation with Jay Prescott, the founding director of the National Association of Esports Coaches and Directors (https://naecad.org) last month. When he started the esports program at Grand View University in Iowa, they were one of the first dozen colleges to formally have a competitive program. He launched NAECAD in part because he knew the demand for qualified coaches at the collegiate level would be enormous. He wasn’t wrong. Just four years later, we were able to identify 250 Universities and colleges with competitive esports teams. Of those schools, 80% (199 out of 250) offer some form of scholarship or tuition assistance. This is an incredible growth in just a few years.

To get a feel for just how widespread this is, check out the map image plotting out the colleges and schools with programming. Currently Ohio and Missouri are leading the pack in terms of the number of schools providing programming. Only 5 states were absent from the list, on average states have 5 higher education institutions offering esports programming.

What is even more interesting, around the same time that we completed our own survey, Dr. Anesa Hosein of the University of Surrey published her findings about young girls and video games. According to Dr. Hosein[1], girls ages of (13-14) who play 9 hours of video games a week were 3.3% more likely to pursue a college degree in the areas of physical science, engineering, art, or mathematics. Even more astonishing, those same girls were 58 times more likely to pursue a STEM degree than no degree at all.

Essentially, what we are seeing is that video games are becoming an important on-ramp for both girls and boys in college. What’s more, according to Courtney James at DePaul University in Chicago, 47% of students involved in esports programming in college pursued STEM degrees. Compare that to Division I athletics? We can’t because the NCAA refuses to report on the degrees college athletes get. They simply report graduation rates, but not degrees. Advertisement during football games likes to promote that fact that most student athletes will turn pro in something other than sports, but they rarely make clear what those degrees are.

While esports has a long way to go to catch up with the adoption of traditional sports, this growth is happening at a tremendous rate. Students from coast to coast are now seeing the chance to become involved in competitive video gaming at an increasing number of schools. As we have seen from the recent shortage of computers chips[2], and the corresponding massive investment – ($20 billion dollars alone here in Arizona[3]), the demand for high tech jobs is only increasing. When you look at the global economic macro trends – the massive winners financially over the last 12 months have been technology companies, many gaming companies among them.

When we look at the future, perhaps we should change our narrative around video gaming. Is it possible that gaming could become essential? After all, is it any wonder that the people who love to play with technology are the people who are most interested in learning how to create it? Even our Universities and colleges have started to recognize the utility of promoting and supporting competitive gaming.