Blog » GameTruck News and Updates » The Power of In Person Play 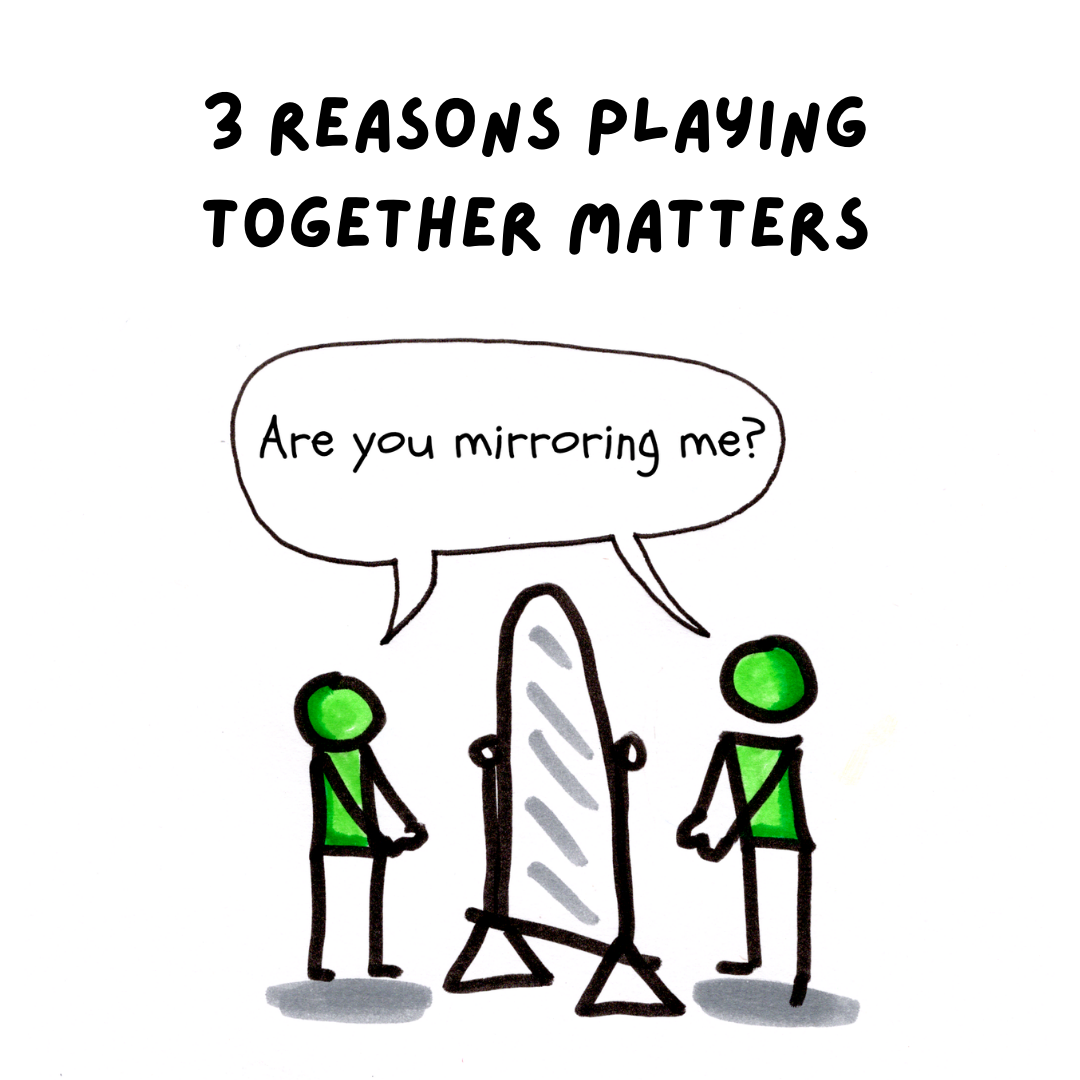 A year ago, practically the entire world became “isolated gamers”. People who had never thought about gaming before started to look for ways to stay connected to their friends online, and play become one of the best ways to stay in touch. Gaming is powerful because it’s participatory. And yet, desipite everything online video games have to offer, I still believe that in-person gaming offers powerful connections for people for three reasons.

Each of these are tied to how Homo Sapiens evolved to work together in groups. These rules or effects govern how we socialize.

Humans so not weight all forms of communication equally. Sometimes call the lyrics, music, and dance of human communication, the words themselves constitute only 7% of the information we process with other people. Tone, how we speak, cadence, and rythm count for 38% of the information we process. I’m sure you’ve heard the expression that Text does not have a tone. Emails, text messages, written communication can struggle to convey the emotional content of a message. That is one reason we add emoji’s, to try and provide non-verbal cues as to meaning and intent. But if tone is powerful, body language and facial expressions make up more than half the information we communicate together. Human beings have been watching each other for a very long time. In one example, I can tell whether my wife likes a new food before she even has a chance to tell me about it. I can also tell when she doesn’t like it.

I once heard actors described as emotional athletes. They can convey to us more than content, they can transmit feelings that we can understand and relate to. I know when we worked on the Cars video game, the quality of the video games and the animatics jumped noticably when the professional actors started to deliver the voice lines.

Then, when the animators created the facial expressions and body language, that jumped the emotional content and appeal an order of magnitude. One really interesting – although not scientific result – that supported the 7/38/55 rule happened on the Cars video game.

Some very taltented coders (several with Phd’s) created code that would extremely accurately translate spoken language into the exact motions a mouth and tongue must make to produce those sounds. The idea was to feed the phonetic translation of the words to the machine to let it animate the characters saving time and money. It was really brilliant technology.

It was also beyond creepy. One of our lead animators, did a test. He put up the autogenerated phoneme software – which was extremely accurate, but none of us watching felt connected to the scene. Then he replaced the computer generated scene with a new one. Instantly we all loved the new scene better. He explained what he had done. He had turned off the hyper-accurate rendering of the mouth sounds, and he had instead put in the facial expressions that aligned with the emotions the actors were trying to convey. It turns out, we do not actually pay attention to how people make sounds with their mouths. We hear the sounds, but our eyes, our instincts are more attuned to the expressions on peoples faces. (And if you are curious, turning both on was also pretty horrible). In the end we stayed with hand animated scenes to match the expected expressions with the actors tone.

This is also one of the reasons Zoom & video calls can be so fatiguing, there is no alignment of visual cues. We don’t know where to look. In a real in person environment, the audience or people in attendence tend to focus on the same point – the speaker. These are subtle cues as to what is important. On a video call everyone is looking everywhere else and it’s distracting. We hear the words, and possibly the tone, but our brain is in overload trying to figure out what to pay attention to. One additional thing on that topic, we are so tuned to live human to human interaction that, research has shown an inperceptable delay of even a few milliseconds is enough to influence (generally to the negative) how we preceived the other person in a conversation.

The 7/38/55 rule gives us guidance how we communicate in non-verbal ways, but there is another dynamic that is enormously important. How our behaviour affects others. There was a joke about the “Murder Hornets” last year, that they read the room and then left. But the idea that we can understand that joke, that we can “read” the room speaks to how we read other people, and specifically how our actions affect others. As a professional speaker who has stood in front of a lot of audience, I can tell you that you become very attuned to how the audience is responding to everything you are doing. This same mechanism of feedback is crucial for all levels of interpersonal communication. Social Emotional Intelligence is built upon being able, or at least willing, to make the effort to understand how the other person feels, and specifically how our actions and attitudes affect other people.

The law of reciprocity is how humans gauge our interactions. We can gather more information when we can hear and see people, but we also need to see their reactions to our communications. When people spend too much time staring at glass ( a phone screen, or device), it can interrupt that feedback loop. People lose touch with how their actions affect others. This may be one of the single largest contributors to the rise of “synthetic autism”, non-autistic children who seem to exhibit the behavior of treating people like things. When people come together, in person, those incredibly fast dynamic interactions happen in real time. The good news is that we are wired to be together, so repeated exposure to groups and interpersonal reactions coupled with intentional “social stories” can develop and improve emotional maturity and resiliency.

One consequence of the rise of games online games with solo queue, or instant player matching is that you can lose the persistant interaction with other people. These features have good intentions, to get people playing together as fast as possible and to eliminate downtime, however they can create the “infinite friend” effect. This means that if anything, even the slightest annoyance pops up, players just move on. There is no need, no incentive, to work things out, to negotiate to share. Strangely, in an effort to make gaming more social in many ways it has become less social.

In person events force a change. A player on the couch next to you just can’t vanish and be replaced by someone new every round. Players have to stay together and work out what they will play together. Some waiting, some negotiating will take place. This is a good thing. As people, we are shaped by both our nature and our culture. The more we press for inclusivity and diversity the better our skills need to be to interact with and understand people who have every different live experiences and backgrounds. When our default mode is interact people as if they are only there to entertain us, that can make other situations much more difficult than necessary.

Online gaming is clearly here to stay, and there are many positives that have come from more people being exposed to the power of connected play. One thing I do hope that comes from this is a greater respect and appreciation for in-person play. There are so many benefits from seeing each other, hearing each other, recognizing how our behavior affects others, and how their behavior affects us, then staying togehter and working it out. I believe gaming can be a powerful tool when used properly to help – not only young people – but people of all ages learn how to interact in healthier more supporting ways. So when you think of a video game party, don’t only think about the celebration and the fun. Also see if you can see the social dynamics as play, the way players interact and mingle, the way they engage each other and bond.

Play is the mechanism that we discovery the boundaries of our social groups and our culture. It is how we explore not only the world, but the social fabric that ties us together. When we play together, in person, the digital shackles are removed so to speak and the entire bandwidth of human communication becomes available. This is one reason I beieve GameTruck parties are so memorable, they encompass a play, learn, grow embodiment of fun. We rarely forget those experiences, especially when they happen during a time of rapid development like childhood. GameTruck is most popular at the same time children are moving into those preteen years, and learning how to connect with their co-horts and build an identity outside the family. Giving kids the experiences and tools to develop better social bonds is a healthy byproduct of what we do.