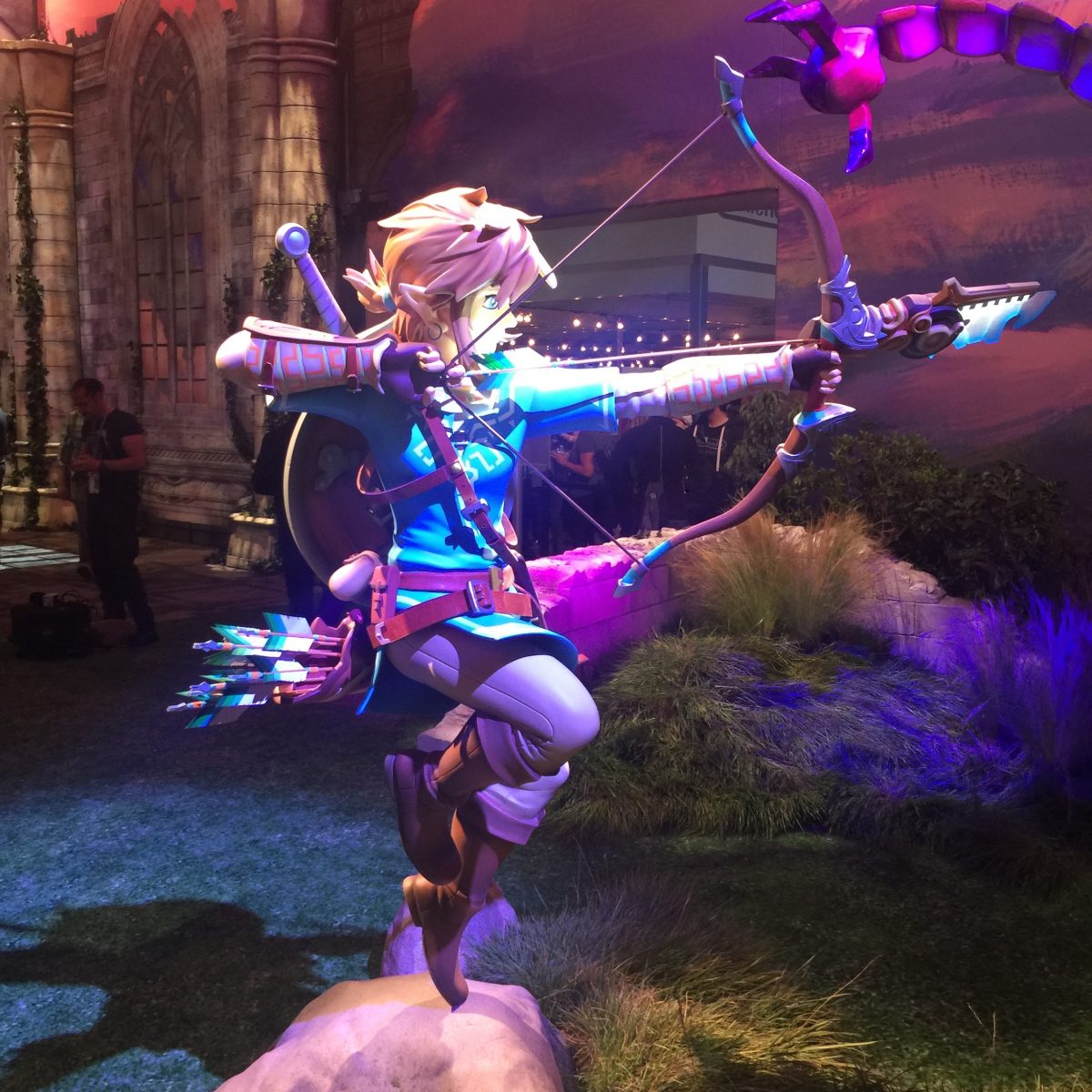 The first thing my kids asked me when I got back from E3 was “Did you see the Zelda Trailer?”  I scoffed.  “See it?  I _played_ it!”  They were really impressed.  But not as impressed as I was by the game itself.

The Legend of Zelda: Breath of the Wild is hard to compare to other games.  Zelda has always featured vast expanses and open terrain (think Wind Waker, Ocarina of Time) for the generation of hardware they came out on.  Breath of Wind however is just *massive*.  It feels more like Ocarina of Time collided with Skyrim big.

The first question I asked was, “Is there crafting?”  Everything has crafting now.  Would this be ZeldaCraft?  The answer was clear and simple.  Zelda is still a great adventure game, but with hundreds (how many?) of dungeons and adventures, supported by crafting.  This is not a sandbox without a story.  It is Zelda integrating great game play into one of the greatest adventure franchises of all time.

So why did we give an award to a single-player game?  Because no one plays Zelda alone!  It is probably one of the most cinematic social adventure games of all time.  Ask any of my kids and they all remember flopping on the couch after bath time and watching Dad play Zelda.  It was like a gamers version of story time.

Even today all three kids will play a Zelda game, and for them, it’s like picking up a Doctor Suess book.  Fond memories flood back.  Zelda is meant to be played with friends.  Therefore it is GameTruck approved!

Learn more about the Legend of Zelda: Breath of the Wild.