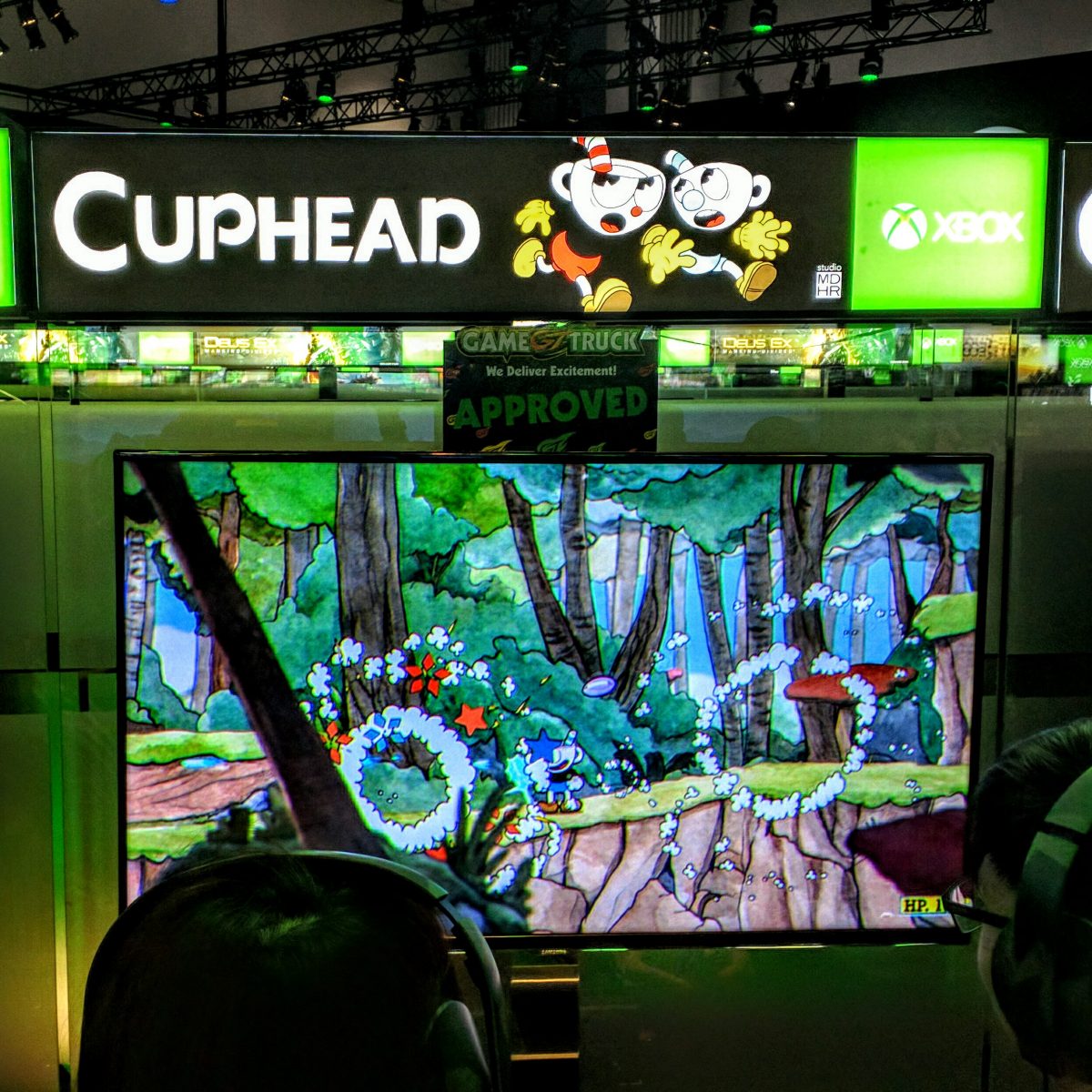 GameTruck Approved CupHead? What does that mean?

We saw the GameTruck Approved Cuphead at E32016 on the Microsoft booth and fell in love the moment we saw those vintage color cartoons.  Cuphead is a run and gun action game, a lot like Contra, where you blast through levels until you reach the boss, who you then must defeat. The style is heavily inspired by the cartoons of the 1930’s – and it’s one of those miracles of technology that they can render animation this smooth in real time. Reminiscent of Steamboat Willie cartoons, the game is a win for gamers and non-gamers alike.

You have to see it to believe it (the trailer is below), but this is one of those games that blends the painstaking handmade techniques of traditional cel animation with computer animation.  Even the music fits – playing jazz in the background.   The main reason we love Cuphead because of the cooperative two-player mode. Cooperative two-player mode means playing with friends and for us, that’s a must!

We appreciate video games that put players “on the same side of the couch” where they can work together to solve hard problems.  Few things are more satisfying than high-fiving each other after putting down a tough boss.

And while we’ve been awaiting the release of this game since E32015, word is that there are new areas of gameplay that haven’t been seen before! Yay! We’re ready.

Look for it on XBox 360 and Steam this fall.