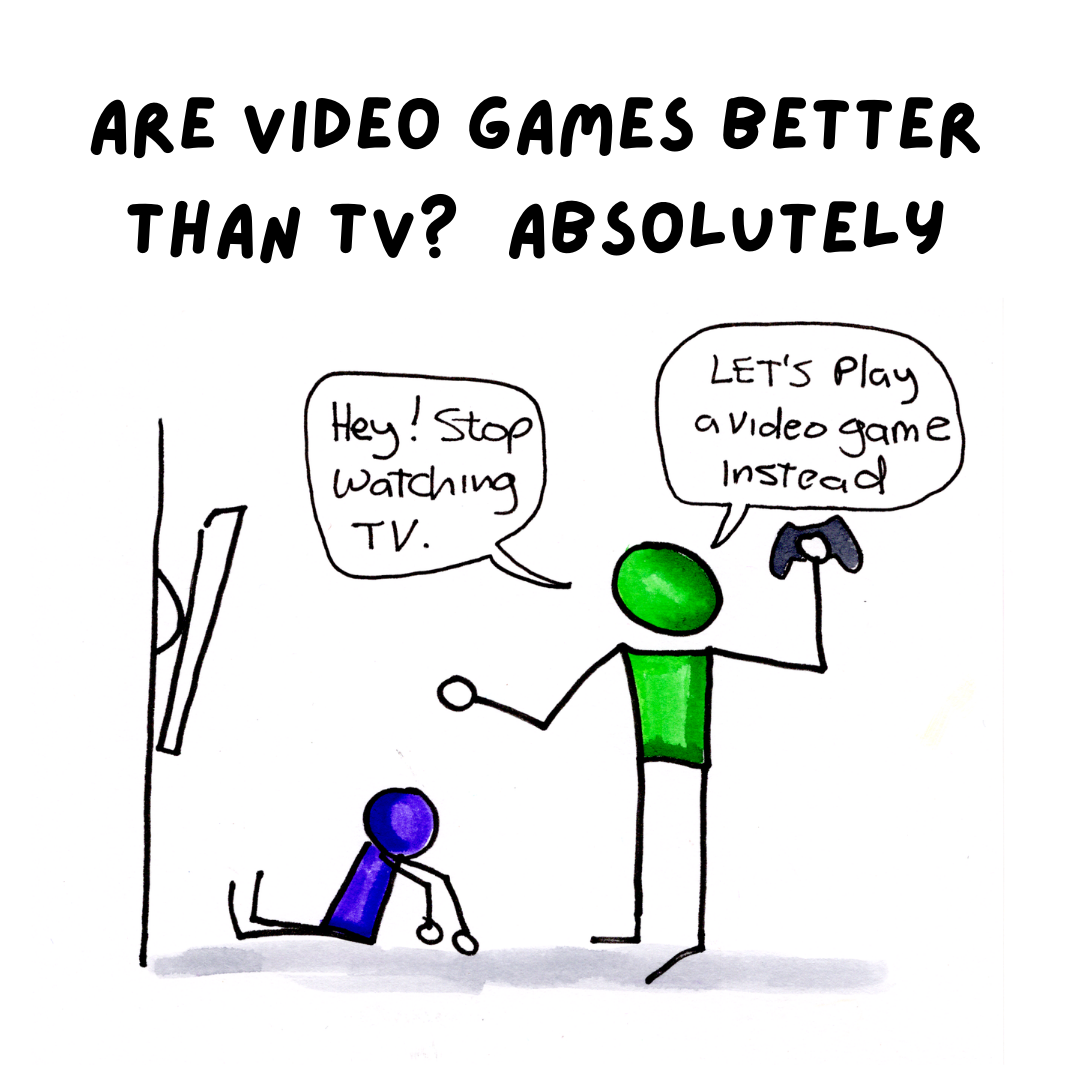 When my kids were little I used to lay on the floor and play the Legend of Zelda, Ocarina of time with them. Okay, technically, I played while they watched, but very often they directed me, telling me where to go and what to do. While I may have held the controller, it was definitely a collaborative effort. The game was important to me because it was released in November of 1998 a few months before I entered the video game industry. Zelda Swept the Game Awards and virtually everyone at E3 was talking about it. I had to play the game. I was playing that game half a decade later with my kids.

I bring it up because Matthew would go into the backyard and make “potions” with empty bottles his mother gave him. When we went to the renaissance festival, we bought wooden, “Master Swords” and a “Hyrulian Shield”. I always thought that video games could be a fun way to explore experiences that might be too dangerous to try in person (vis Motocross), but I was surprised and impressed that a video game could spark such imaginative play.

That was the first time I had an inkling that interactive entertainment was fundamentally different than passive consumption. My kids grew up in the era where we would park them in front of a TV and watch Nickelodeon or anything from Disney and Pixar. I can still recite some lines to my favorite Sponge Bob episodes such as, “Too bad Sponge Bob is not here to enjoy Sponge Bob not being here.” Despite the many hours of TV watched, video games brought out something else from them.

The question: Are games better than TV?

Recently, Patrick Coleman the managing editor at Fatherly wrote an article making the case that video games are better than watching TV. He is not the first to make this case. Jane McGonigal is famous for promoting the virtues of playing video games in her 2010 Ted Talk. She expanded upon her ideas in her book Reality Is Broken: Why Games Make Us Better and How They Can Change the World. But Dr. McGonigal was writing mostly about adults. What Patrick Coleman was touching on is the standard parental fear. He refers to the American Academy of Pediatrics Guidelines for Screen Time. And he makes an interesting observation. The guidelines do not differentiate between engaged screen time, and passive screen time.

Is there a difference? Some researchers are beginning to believe so. In 2017, researchers Paul J. C. Adachi from University of Rochester, and Teena Willoughby from the Brock University in Canada reviewed video game literature looking for a connection between video gaming and positive youth outcomes. Adachi & Willoughby discovered that children who play games often experience feelings of mastery, autonomy, and relatedness.

These are not any random emotions. These emotions form the underpinning of Self Determination Theory (SDT). Most people are familiar with Carrot and Stick motivators, but as Dan Pink wrote about so eloquently in his book Drive: The Surprising Truth About What Motivates Us, human beings are much more effective if our motivation comes from within. In a nutshell, threat and incentive – are external or extrinsic motivators. They come from outside of us and therefore they are limited in their ability to unlock our greatest potential.

Engagement Comes from Inside Us

Feelings of mastery, having a strong internal locus of control (autonomy), and connectedness – those come from within, therefore they are intrinsic motivators. The psychology theory put forward by psychologists Edward Deci and Richard Ryan in their 1985 book Self-Determination Theory: Basic Psychological Needs in Motivation, Development, and Wellness. Now here’s the thing about their book. Most people think of SDT as a motivational tool.

However, as you can see in the title, Deci and Ryan connected intrinsic motivation to development and to wellness. Even more surprising, in 2017 ago, Researchers Maria Lera and Shadi Abualkibash students and discovered that cultivating self-determination in school age children increased their resiliency. In fact, it is part of meeting a child’s Basic Psychological Needs.

Am I trying to tell you that a video game can make a child more resilient? No. What I am trying to tell you is that there is a connection between children experiencing feelings of mastery, autonomy, and relatedness that help then develop resiliency. It stands to reason that if video games can produce these feelings, they can be a part of helping our children have more positive experiences.

Coleman focused on a balanced approach that video games, in fact all screen time should be placed on a spectrum. From completely passive, to completely engaged and active (with physical activity being the best). Personally, I think that is a brilliant approach. After all, children didn’t just play the video game, they also went outside and played creatively and imaginatively as well. What I can tell you is that Video games were a part of developing our children’s basic psychological needs. And the research would seem to support that a video game can help children develop these feelings.

Here’s the interesting thing. I can find no corresponding research for passive video consumption. In fact, what I do find is that not only TV, but also social media, seem to be having the opposite effect, shortening our attention span, fracturing focus and concentration, and depleting dopamine (our reward hormone) with endless triggers rendering most other normally rewarding human interactions dull in comparison.

I also tend to agree with Mr. Coleman. I do not see a future without screens in it. Therefore It would seem to make sense that if we are going to have screens, that we try to as Ray Dalio said in Principles: (I paraphrase)

Maximize the benefit while minimizing the risk

No one is advocating unlimited unsupervised screen time. However, a growing number of voices – not the least of which are children who grew up gamers, and who now find themselves as parents (surprise! the oldest millennials will be entering their 40s in the 2020s) are looking for a more rational less fear driven approach to gaming. I find Colemans argument compelling.

Of course, you agree- you invented GameTruck!

Now I get it, you’re saying, “but you’re the founder of GameTruck, what else are you going to say?” But if you go back and look at my articles (I’ll link them below) – I never advocate gaming alone. GameTruck is about playing video games with your friends. My other two companies, in fact, focus on creating experiences where people play games together (with people they know) in a time limited way. A GameTruck party lasts between 90 minutes and 2 hours. Bravous Esports Video game tournaments also last only a few hours (less than 5% exceed 3 hours). Compare that to your average block buster motion picture which pushes three and a half hours or a day of binge-watching Netflix and you can see we play games a lot less than most people watch TV.

Video Games Are Better than TV

While I might be convinced, the real question is are you because at the end of the day that is all that matters. The reality is that most parents are staring at an enormous economic challenge when it comes to raising their children and time is the perhaps the one thing parents feel intense pressure to optimize for grades so their children can get a good education (hopefully with tuition assistance in the form of academic scholarships).

So the question is not really one of unlimited screen time, but much more about what would be the most effective use of the time your children are on their screens?

My kids grew up where video games were an equal choice to watching TV, not banned, or constrained separate and apart from watching videos. That worked for our family.

Hopefully, I have given you enough information for you to be able to make the best choice for your family.