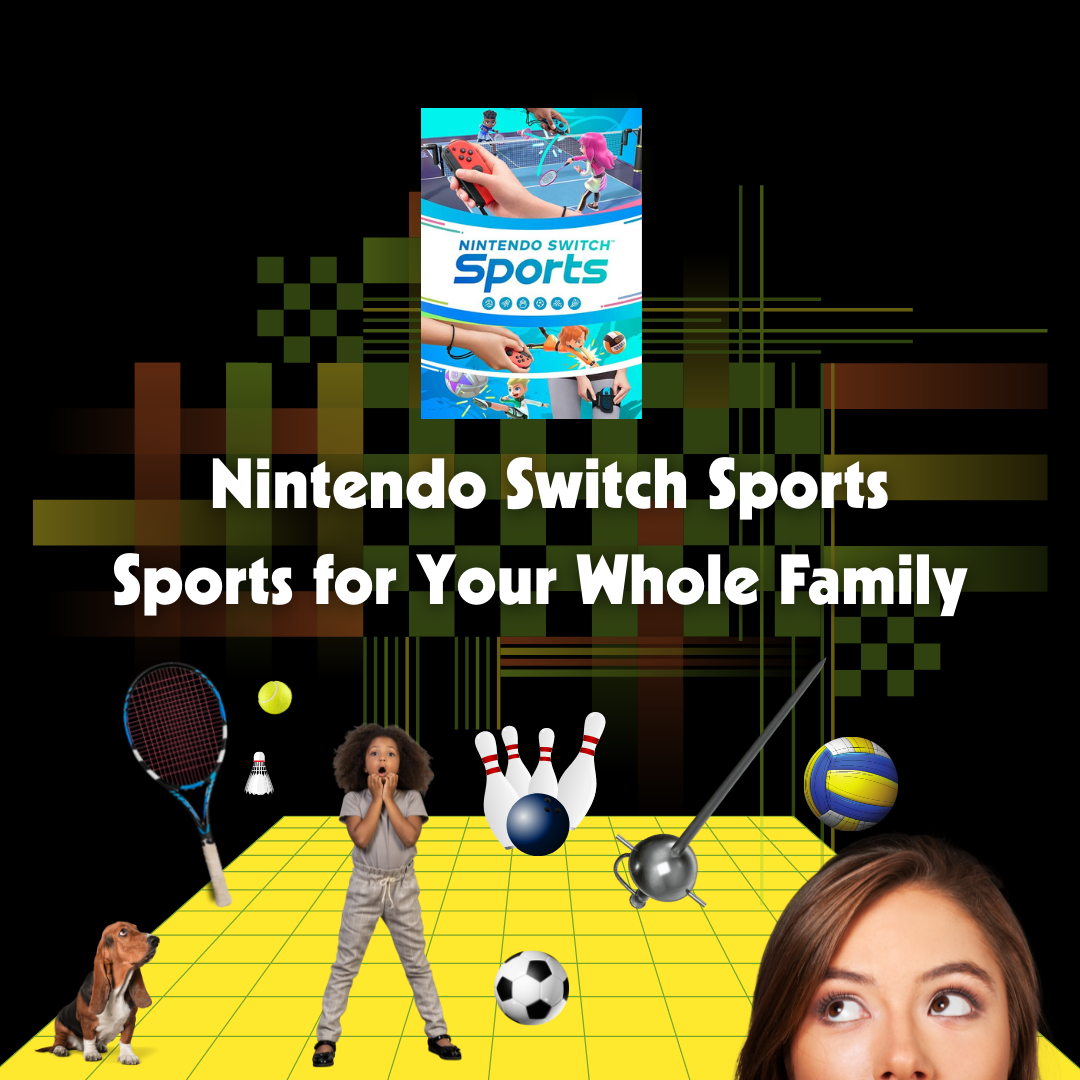 (And yes, if you’re not careful, you might even break a TV screen or two)

My two kids (ages 6 and 8) and I were up for close to 4 hours playing together, laughing, learning, and loving every minute of it! One of the coolest aspects of the game is a feature that usually sets Nintendo apart from the rest, anyone can pick up the controller and play.

Both my children had no trouble picking things up and even beating me in a few matches (something I do not let them do if I can help it). It’s awesome how this game puts every participant on equal footing and delivers excitement in the process.

Here is a breakdown of the games you can play and how the gameplay works in each game:

So, to wrap things up, Nintendo Switch Sports is AWESOME. I highly recommend it for any sized family. Once you pick it up, you will be playing together and having fun for hours. This game would be totally cool as a birthday present, family fun night activity, or a reward for a job well done to finish the semester or school year strong. Whatever the reason, pick this game up now. And if you have kids, play these games with them, and enjoy every single moment of it.