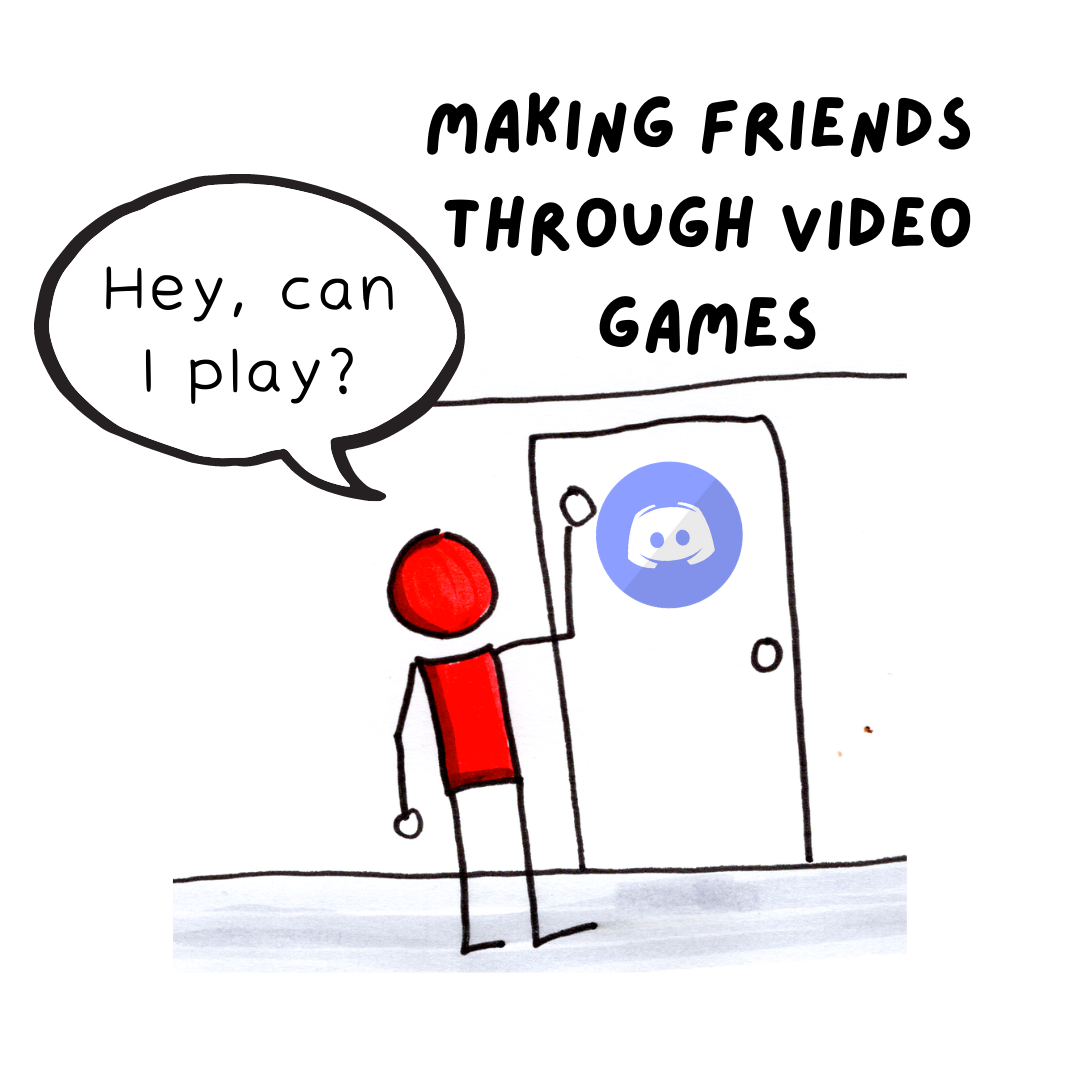 This past week I had someone reach out to me through my website scottnovis.com and ask a simple question. At least it seemed like a simple question. “I have a friend who is suffering from isolation. How could they make some friends online?” The question caught me by surprise. It just seems like everyone already knows how to do that… unless they are too young, or too old, or actually, like me never think to look online to make friends.

Since the whole core of my mission is to reduce loneliness through interactive gaming, I felt compelling to answer this question. So I turned to the experts, our professional coaches, commentators, and our entire staff. They had some great answers.

There is no doubt that the world has changed, and not in ways that seem obvious. Not long-ago video games were hosted on private or dedicated servers. In that world, gamers could find a game they liked, find a server they liked, and “hang around”. Eventually they would make connections by seeing the same people over and over again.

In the late 90’s Counterstrike had more people playing video games than watching the highest-rated TV show of the year… every night. There were literally thousands upon thousands of servers.

I remember being proud that ATV Off-road Fury 2 on the PlayStation hosting tens of thousands of gamers every night. Of course, this paled in comparison to the millions of gamers that logged on to play Counterstrike. When World of Warcraft launched in Nov 2004, the game was engineered to push people together into social groups. You had to run across the world, looking for quests, and the game funneled players of a similar skill level into areas of the map and rewarded them for working together.

In short, video games emulated the same kinds of techniques designers and architects have used to make offices a “social space”.

According to Joseph Grenny of Vital Smarts:

What worked about the office was that it was a highly structured way of promoting unstructured interaction. It gave the illusion of agency to our spontaneous connection.

Basically, video games accomplished the same thing for 20 years by putting players together with a shared interest, and as Grenny put it, “letting them rub against each other like marbles in a jar”. And this worked. [[Yuval Noah Harari]] in his excellent book Sapiens makes the case that humans are wired to work in social groups.

In the “old days”, all you had to do to make friends, is find a game you liked, hop on a server and hang out. Eventually, friendship would just sort of happen. [True story, I met Bill Amend, the creator of Foxtrot, by playing World of Warcraft in 2006].

Safety, Scale, and the Cloud

More than half the people I spoke with talked about the close friends they made playing games like Halo 2 and Team Fortress 2. However, several things happened with video games and the way they are hosted online.

First, the publishers wanted control of the servers.  Therefore, the “dedicated” server model went away to be replaced with cloud computers. One enormous advantage came from this shift however.  Suddenly a global pool of players could be polled for a match. This is probably one of the single greatest features of Fortnite. As soon as one match ends (usually with you getting wiped out quickly) You can get into another game in seconds.  With Halo 2 it could take upwards of 5 minutes to find a match and start the game.  This was one of the reasons early on I did not include internet play.  People had no idea how much time they were spending waiting in lobbies.  5-10 minutes per game in a 120-minute party is a lot of time.  With local play players could jump into a match in seconds.  It is impressive Epic recreated this experience with an online game.

The downside? You are faced with a nearly constant churn of players, what Nathan Ullyott, the director of Maricopa Parks and Recreation called the “infinite friend problem.” It is the exact opposite of marbles “rubbing each other”. You don’t like someone? There is zero incentive to work it out. Just move on. There’s an infinite number of people waiting to play.

The Child Online Privacy and Protection Act also had an impact on forming game communities.  Basically, it created a digital wall between underage players and everyone else. In principle this is an incredibly good thing, however the goal of making it safer for kids to play online by giving their parents more control, created systematic isolation for all players. Because match making is not happening at the local server level, the centralized match making systems try to make sure players who cannot possibly meet play together. It is safer yes, but also more isolating.

In the name of safety, advantages of scale, and the advent of cloud computing (where is that server by the way? Does anyone really know!?), the small communities that formed around online video games just a decade ago have changed drastically.

But have no fear. Not all is lost. While the small server might not be the place where friends are made, gamers and developers have made adjustments and adaptations.  The two biggest ones being Twitch, and the rise of Discord. The idea of building community has moved from the publisher, to (hopefully) well-meaning streamers and fans of the games. I remember when my kids first started to watch people play Minecraft on YouTube. It was the fastest way to learn the rapidly changing complex game. When Twitch came around, and they could interact with content creators in real-time.  Communities started to form with the streamers at the center.  Like some kind of space age fan club mixed with gaming, many streamers decided to use Discord as their tool of choice for managing these enthusiastic communities.

To be clear, it is still possible to make friends online through video games, but it is done a little differently.  While the tools and technology have changed, the intrinsic desire for humans to connect persists. Here is the current best practices I culled and combined after talking with my team.

There is one caveat about spending a lot of time watching streamers.  While most of them are entertaining and often honest and open, you can feel like you know a streamer much better than you would know any other kind of celebrity.  However, while you think you are getting to know them very well, the reality is that it is nearly impossible for them to get to know you. In fact, they probably don’t know you at all. There is a name for this kind of lopsided relationship. It is called a parasocial relationship.

You are better off focusing your interactions with other members of the community rather than the streamer themselves. You want to focus on people you can actually play with, and who can get to know you. No matter how genuine a streamer is, they are still essentially performing and most do this as a business. That is both good and bad. Good in that they will work hard to make sure the community is consistent with their values, but bad in the sense that they have an extremely limited capacity to reciprocate any kind of meaningful friendship.

They can (and do) appreciate you, without knowing you.

Many parents pay attention to their child’s online gaming and wonder about making friends as well. When I asked about kids making friends online, two themes popped up from our Bravous Parents.  Pick the right game.  Watch who they communicate with.  Remember when I said you should play video games with your kids?  That’s another way to do both.  What games do our parents let their kids play?

I’m sure you will recognize the names:

When online gaming and chat became enormous it was inevitable that online friendships – and in fact true, real life friendships would form. Over time, as technology change, the social dynamic of the video game internet changed with it. Despite all the changes, our desire to connect and make friends can still be satisfied.  I saw this quote recently from the poet Jane Hirshfield. She said it about Zen but I think it applies equally well to making friends online:

If you find a game you are interested in, do some homework, find a community that shares your interest. With time, effort, and persistence chances are good you will find someone who shares your enthusiasm, and you might just make a new friend.