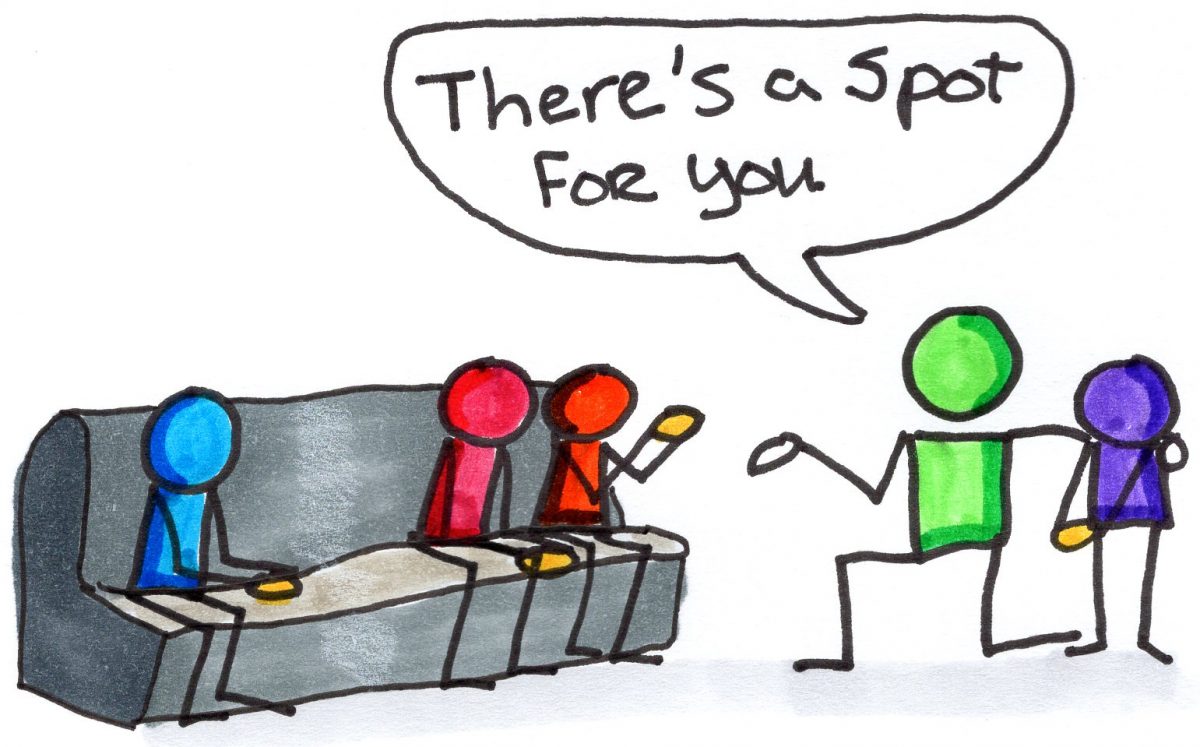 One of the things that has always made GameTruck special, is that we focus on multiplayer games. The whole vision for the company was to recapture of the magic of playing the best games with your best friends. However, today, more than ever, we see players – mostly boys – who hover outside the edge of the “pack” looking for a way in. Of all the responsibilities of the Game Coach, this is the one that is nearest and dearest to my heart. We have a mantra, “No Lone Wolves”.

When I was a Kid

When I was a kid, my parents moved from Garden City Michigan, to Farmington Hills Michigan. Later, I knew why my mom had done it. Her brother was a supervisor on the Ford assembly line. Well respected and loved, Uncle Tommy was the icon of a steel bending blue collar worker. My mom wanted me to go to college like my father. What my dad did was incredibly hard. Get a college degree, in engineering, when no one else in his family had ever done it. Mom knew that if I lived in a neighborhood where everyone expected to go to college, I was more likely to go.

Her logic was sound. Every single one of my new friends went to college. That came later, much later, however. The cost of that move, however, was that I left a neighborhood where I had a close knit circle of friends. I entered a neighborhood where suddenly I was the outsider. It took me forever to make friends. A friend of my mom’s, a teacher, told her, “When new kids move to a school, the girls seem to make friends right away. The boys however, close ranks and form a knot. The new kids have to break in. It’s tough.”

I don’t know if I ever fully lost that sensation of being outside looking in. I suppose that was one thing that drove me to create GameTruck.  It is a space for friendship. I found “my tribe” at the arcade. Video games were a great equalizer. If you could play, you could fit in. GameTruck parties became a way to create that kind of camaraderie.

With a Little Help From a Coach

Because this feeling of being on the outside looking in stayed with me, when I created the hiring guidelines for GameTruck, I encouraged owners to look for a very special kind of person to be a game coach. We for “musician gamers”. We want to find that rare coach who not only loves to play video games, but also wants to share that passion with other people. Great musicians love to play, but also to entertain others. Great game coaches are similar. This means they also are aware of the audience. Their position as an adult, who is in charge of a party, who knows a lot about video games gives them a special position with the gamers. They have natural authority, the kind of authority that comes from earned respect.

Consequently, our coaches are able to do something very few kids can do. They can invite the outsider into the group. It was Joel Carlson, Franchise owner number one and a good friend who coined the term, “No Lone Wolves.” He captured the essence of the idea perfectly.  Nothing works 100% of the team, but we encourage our staff to do their best not to leave anyone outside the group. Stragglers, hangers on, or kids who feel like they may not be welcome to play. What is amazing is how little encouragement we have to give.  Our coaches seem to get it immediately, and intuitively.  They just needed permission to be their welcoming selves.  Ask any gamer, “what’s it like to be left out?” And they can tell you.  In vivid detail.  However, invite a solo player to join a game of Smash, or Minecraft and it is amazing the smiles you can create.  And the memories.  Memories the kids never seem to forget.

While we have worked to include players from the very beginning, one thing that has happened over the last half decade is we are seeing more players who show up afraid to try to play. They want to play, but they are afraid to “look stupid.”

For some reason, more kids now expect to immediately master a video game. This is another opportunity for a Game Coach to shine. I have seen it repeatedly.  The coach not only invites the player into the group to play, but stays with the group, giving tips, direction, and ultimately confidence. A good coach can do more than make a great celebration, they can make it okay for players to try new things.

Creating great celebrations is not only about fun video games, but also about making everyone at the party feel like they are a part of the event. While a Lone Wolf, at the back of the pack might seem quiet, everyone knows they are there, hungry, waiting, anticipating, like a dark cloud on a sunny day.

Inviting that player into the circle, helping them overcome their anxiety opens the event to become a genuinely great celebration.  Why? Because when we are playing together in the same space, our energy multiplies. You shouldn’t have to be perfect to play a video game. You shouldn’t have to wait to be invited to join the fun. However, just in case you need a little help, a GameTruck Game Coach is ready to extend an invitation.  They are there to offer a helping hand. Ultimately, in my experience this is what makes a celebration great, when everyone gets to share the joy.