Blog » Richmond » 5 Video Games to Look for on Black Friday 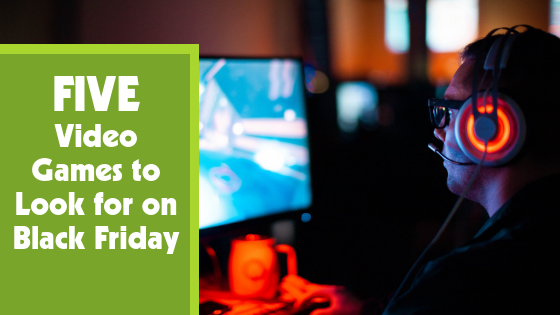 Black Friday is a day declared toward gaming galore—video games, gaming consoles, and related accessories are hitting the shelves at a discounted price. Black Friday falls on November 23rd, giving gamers less than a month to seek A Way Out to their local participating stores. Whether it’s working on your jumper shot in NBA 2K19 or hunting down your enemy in Assasins Creed Odessy, a variety of highly demanded games will be offered at a lower price for a limited amount of time. At GameTruck, it is our Call of Duty to provide you with 5 video games to look for on Black Friday!

Being 8 years since the first Red Dead Redemption, gamers were thrilled for the release of Red Dead Redemption 2. The highly anticipated game was released on October 26th, 2018, starting at a retail price of $60. Due to its newer release, retailers may not discount the individual game, but rather offer bundle deals. From late October to early November, Gamestop provided a bundle deal where if you purchase a copy of Red Dead Redemption 2, you can get $100 off any new Xbox One. So if you are looking for a new gaming console, you may essentially be able to get this game for free.

If you are a proud owner of a Playstation 4 (PS4), this exclusive game is expected to go on sale just for you. Insomniac games created a unique first-person experience through the life of Spider-man. With its release in early September of this year, many gamers have had nothing but positive reviews for Marvel’s Spiderman. Aside from the video game’s graphics and special features, it has been said to be one of the best superhero video games to ever be made. Throughout the month of November, keep an eye on wholesale stores, such as Walmart, for this action-packed game to decrease in price.

Retailed around $40-$60, God of War is another PS4 exclusive that enthusiasts are expecting to see go on sale. Since this game was released in April of this year, it is likely that this mythology inspired game will have a limited-time discount for the holidays. Stores such as Gamestop, Best Buy, Walmart and Target have provided gamers with excellent Black Friday sales in previous years, so be on the lookout for unbeatable deals this month.

Released in January of 2018, Celeste is a user interface game that is available for the Nintendo Switch, PS4, Xbox One, and on computer operating systems, such as MacOS and Microsoft Windows. The video game takes you through the journey of a young woman named Madeline who takes on a journey upon the Celeste Mountain. Facing obstacles and self-doubt, Madeline is determined to get to the top of the mountain, in which the game is then won. You shouldn’t have to “climb mountains” and “avoid obstacles” to find a video game at a decent price. Look for Celeste in stores and online on Black Friday.

Bring your soccer skills to life with FIFA 19. With advanced features and graphics, soccer fans are kicking and screaming over this game that released in September. Available for PS4, Xbox One, and Nintendo Switch, this game retails around $60. About this time last year, FIFA 18’s prices were significantly slashed, so we assume the same trend will continue for FIFA 19.

GameTruck’s goal is to deliver excitement to all of your events. With a variety of games and consoles provided, we make sure to have the latest games to keep you and your guests entertained. Review our pricing and availability here, or call us at (804) 938-1337.