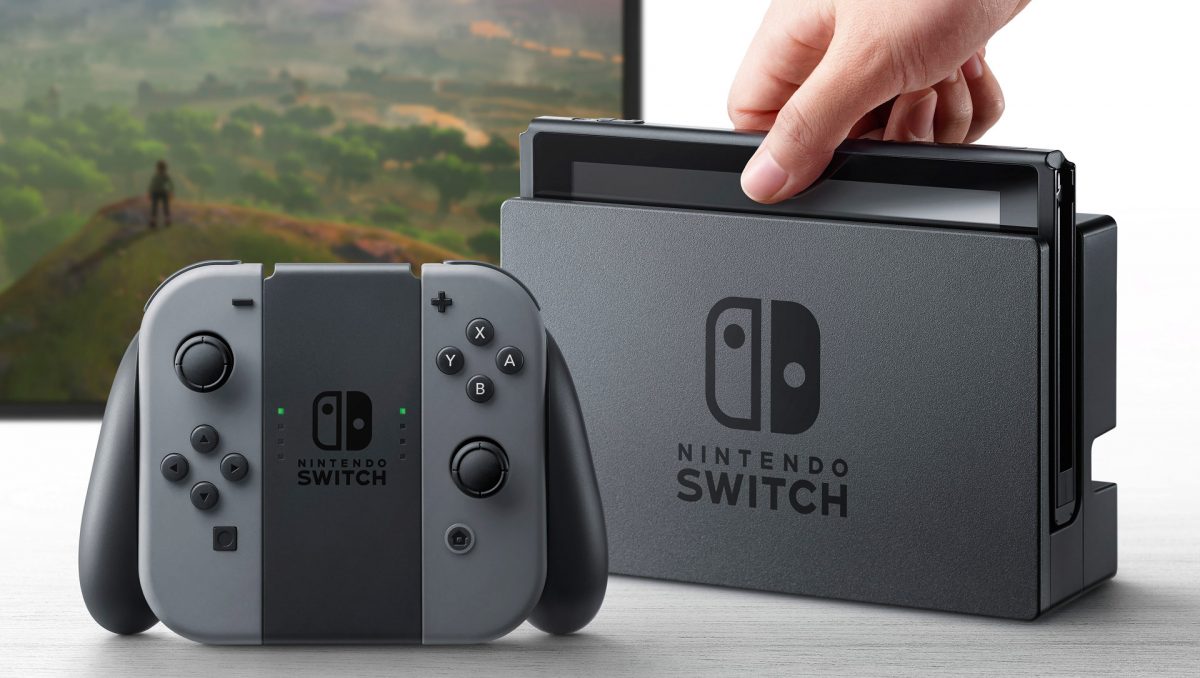 The Nintendo Switch Has Arrived at GameTruck!

Nintendo has released a new console called Nintendo Switch, and we are beyond excited about it. We are mostly excited because GameTruck is now offering Nintendo Switch along with our other gaming features.
But what is Nintendo Switch? It is a new home console with a portable twist. You can play using the single player option that is similar to Nintendo’s Wii U console. You can also switch over to multiplayer mode. The screen and Joy-Con controller combo turns into two Joy-Con controllers for splitscreen multiplayer fun.

We’re not only excited about the console release, but the new games that we are offering. Let’s check them out!

1-2-Switch is a game of mini-games that encourages you to engage eye to eye with your friends, rather than on the screen. There are three different modes to play: the normal mode which has no restrictions, shuffle mode which randomly cycles through the minigames, and lastly, there is team battle mode which allows you to battle on teams of two.
There are 28 mini games within 1-2 Switch. One of our favorites is called Quick Draw, a Western-style showdown where you have to beat your opponent to the draw. Another favorite is Samurai Training where players take turns slashing and catching a sword above their head.

The Legend of Zelda: Breath of the Wild

In the story, Link is destined to defeat the villain, The Calamity Ganon, before he gains too much power and destroys the kingdom of Hyrule.
In the game, you play as the character Link in the open world of Hyrule, meaning you can explore the game freely. There is little instruction, unlike previous Legend of Zelda games. The game is set up for more player involvement, decision making, and experimentation. Players can control Link by climbing, collecting items and weapons, and eating food to gain health.

Everyone at some point has played Mario Kart with all our friends. This game is a new and improved version of the popular Wii U game. There are new battle modes like Balloon Battle and Bob-omb Blast, and returning modes like Shine Thief. The game includes all of the previous versions’ downloadable content, as well as new courses and vehicles for players to choose from. lNew courses and vehicles are available for players to choose from as well.

GameTruck has the Nintendo Switch. It is perfect for family get-togethers, parties, and other events. Nintendo Switch invites everyone of all ages to join in the fun and play video games.

We are excited to have the Nintendo Switch as part of the GameTruck experience. We will have multiple consoles beginning March 20th. GameTruck will also be doing a monthly Nintendo Switch giveaway for people that host a party between March 20th to June 20th.

Come Check Us Out!

Don’t stop there. Let GameTruck take care of the entire party. We specialize in no-hassle party experiences. Once they’ve settled the score, your party goers can retire to our massive GameTruck and play to their heart’s content. We’ll create a memorable party experience that your friends and family will be talking about for weeks.