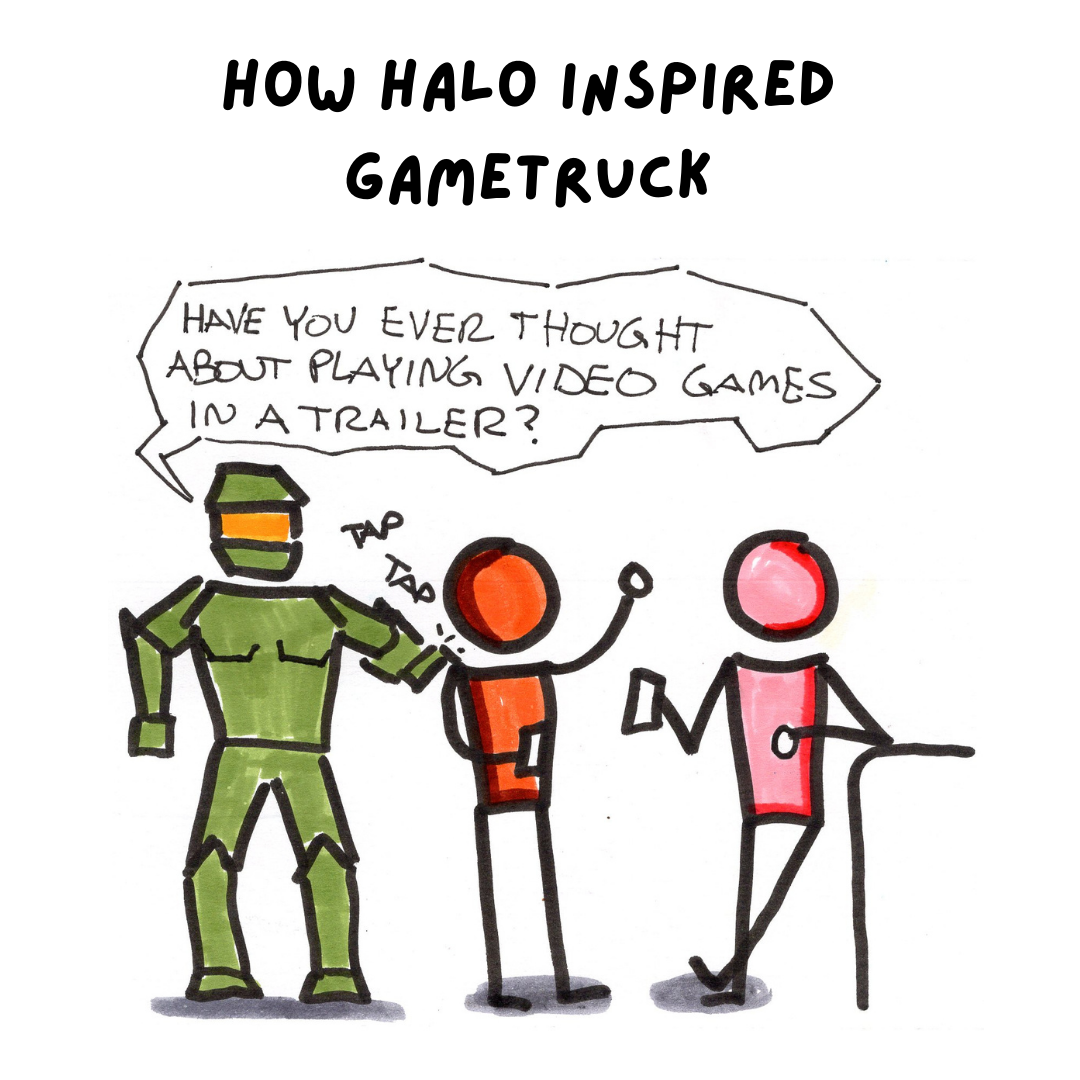 It was about this time, sixteen years ago when I first had the idea for GameTruck. A few things happen this time of the year. One is baseball. The other is the National Association of Broadcasters trade show in Las Vegas. I was busy trying to figure out what I was going to do next in my career and I thought the idea would be to create video editing software for families. Like scrapbooking but with video clips. I was also researching everything about arcades, and the depressing reality of the entire arcade industry was settling in. This was an industry that cared about boxes. They did not see gamers as people, but sheeple that fed coins into their precious boxes.

My idealist dream of a new arcade where you could play the best games with your best friends was all but over. The people who cared about the players had gone into Local Area Network Store (LAN Center, or Gaming Center) businesses renting computers by the hour. This business has blown up (in a good way) in Korea and tried to come to the United States. However, a combination of cultural factors kept it from ever becoming successful here. One in particular is this. American parents want to teach their children to think for themselves, where in Asia, they are more likely to let children act by themselves often crossing the cities on trains unsupervised. In essence this created the type of ready consumer who could access the LAN Centers.

South Korea saw demand for gaming centers blossom overnight. In fact, the language of Star Craft by Blizzard-Interactive surged through Korean youth much like Fortnite has with today’s American Youth.

There were other complications as well. Computers were expensive and needed to be upgraded constantly. The software licenses had to be negotiated with each publisher and developer. And there was that old bugaboo, parents not wanting to pay for their children to play video games. Putting an annual pass on a credit card and forgetting about it is one thing, but in the early 2000s very few systems were in place to make that easy for retail locations. So the kids were expected to pay every time they played like at a regular arcade. As you might imagine, parental resistance to paying was pretty steep. That was not all however, news reports started to come out of young people (mostly men), dying at these centers by refusing to eat, sleep, or leave. They literally turned into zombies. As if parents don’t have enough to worry about.

A few businesses in the United states did make a go of it, but more often than not, they could barely earn enough money to pay for their equipment, staff, rent, insurance, and the loan they took out to buy the equipment in the first place. This left them virtually nothing to invest in new computer equipment and games. As a result, most centers lasted one generation of hardware then folded.

I was explaining to my old next door neighbor Al, when he said, “Why don’t you try Xbox.” I looked at him. Al is a super smart IT guy, amazing golfer and huge Nascar fan. I wasn’t expecting to hear him talk about Xbox. Al, also happened to be one heck of a halo player. He set up for me in a conference room, four Xboxes and four projector screens. Then we had 14 other friends come over and join. We setup a 16 player halo match that lasted for hours. I couldn’t believe it. Halo, of all games, supported not only local area network play, it also supported split screen network play. I had never seen anything like it.

I wondered why I hadn’t seen this before, or even heard of it. As I studied that LAN stores, it dawned on me why not. They had a very PC – or personal computer centric frame of mind. Why would you ever split the screen if you could have a screen all to yourself. They would never share screens. Console gamers, for the most part at that time, did not think of playing much online. If they did, they treated the Xbox like a discount personal computer – one player per console.

What Al had showed me was a completely new way of thinking about the problem of playing together. But we just had to find a way to make it available to people.

The Living Room on Wheels Concept

I knew from making games, that most video games, including Halo were played in living rooms. What’s more, unlike standup arcade cabinets that were designed to eat quarters in 2-3 minute pick up and play experiences, console video games could take 20-30 minutes just to get into the meat of the play. People needed to be comfortable. I started to realize that the best way to present a sixteen player Halo party would be to create a living room… but how could I do that?

This is where my trip the NAB conference in April pivoted. Instead of searching out font libraries and motion clips and talking with people about licensing motion graphics for video editing, I started hunting down all the news vans, and trailers, and anything and everything I could find about mobile power and video electronics. I was shocked to learn how much equipment put into a news van is the same equipment used in the studio or elsewhere. It was not the equipment that was special, but the van. They designed the van to meet the needs of the gear it had to carry and power.

I left the show realizing that I could do that, but instead of a video broadcast station in a van… I could create my dream living room on wheels. Ultimately, this game theater went into a trailer, and we called the business GameTruck. Seeing Halo in 16 player system link set me thinking. I found out that Nintendo and Sony also had their own versions of system link. We even used Mario Kart Double Dash on the GameCube at our first ever GameTruck party.

It’s the Action, Not the Idea

I recently came across a quote attributed to Seth Godin. “Ideas are worthless. Action is everything.” Had I not gone to see Al’s Halo setup, had I not gone to Las Vegas to research vehicle based mobile power and electronics, I might not have ever founded GameTruck. However, I did take those small steps, and those steps let to more steps which eventually lead to founding a company that has entertained more than 10 million children.

Now that the spring is here, and optimism like the Phoenix seems to be rising from the ashes, what ideas have you had that might inspire you to take one small exploratory step? Grab a controller, plop down on the coach, and let’s play some Halo while you tell me about it.