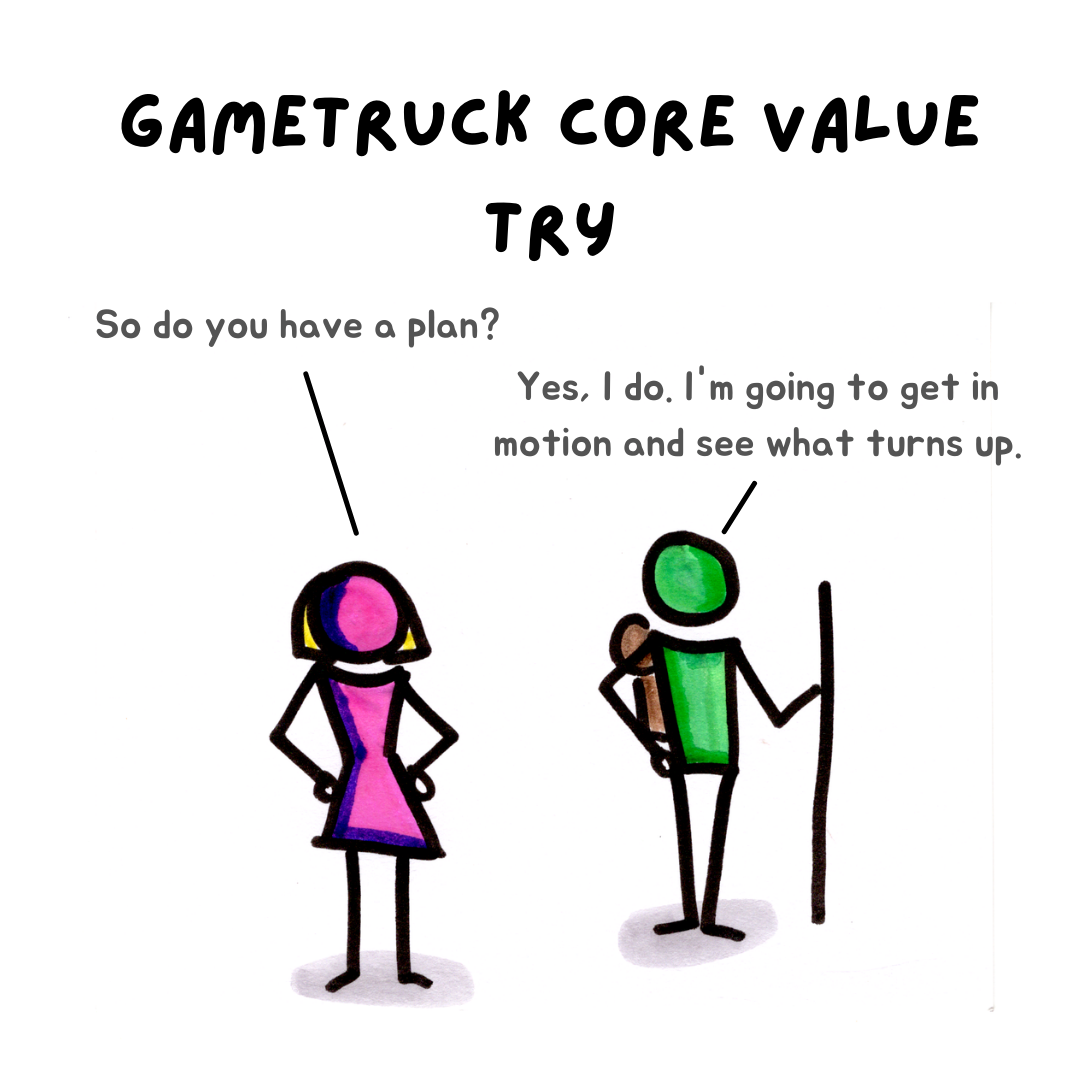 In the winter of 1976, my mother setup an amazing family vacation for us during spring break at Disney World. We were going to stay at the Polynesian Resort inside Disney World. We could ride the monorail to the park every day! I can’t tell you how excited my sister and I were for this trip. We were so excited we packed up the car the day before we were supposed to leave!

There was only one problem. That night Michigan was hit with a horrendous ice storm, and the tree in our front yard split in half under the pressure of all that ice. Half the trunk fell across the driveway pinning our station wagon in the carport.

My sister, mom, and I were devastated. No trip to Disney! Heck, we couldn’t even get out of our own driveway! Dad however, didn’t say a thing. He walked into the storage shed, grabbed his chain saw and walked out to the branch and started cutting. He wasn’t trying to remove the branch – there was no way he could do all of that by himself. But he could cut a slot just wide enough to back the car through. And that’s what he did. He told all of us to get in the car, “We’re going to Disney.”

Later in life, my dad would call this approach to certain problems his “dumb luck theory of travel.” While everyone else I knew planned carefully and made reservations, Dad just got in motion. His philosophy was simple.

He had no real plan after he cut the tree trunk, he just knew he could take the next step, getting in motion. But later, on other occasions, like a wizard he would say things like, “Let’s go get Italian food.” I’d ask him if he knew of a good Italian restaurant. He’d say, “Nope. But I’m sure we’ll find one.” And sure enough, every time we did. When I asked him, “How did you do that?” He would reply, “Dumb luck.” After all, what else could it be?

I think Dad enjoyed playing those games with us, but at the core of his idea was that he never let uncertainty stop him from taking definite action. He was not afraid of making mistakes, and he often made discoveries that could only come from being in motion.

I don’t think GameTruck would exist if I had not absorbed some of Dad’s “let’s give it a try and see what works out.” Sure, I did some research, but some of the most important decisions that shaped the company came from getting in motion and working on the problem. Ideas sprang from experience with the first trailer, generators, and materials. I found solutions to problems I never could have planned for. For example, I didn’t know until I built it that the AC units would work better turned sideways than blowing down the center of the trailer. I had no idea what the first party would be like, or the second, or the third. It was my brother Chris who told me a party is better as a party than a sports practice (I was a little too controlling in the early days). And he was right. Sometimes what we think we know can be the biggest barrier to success. Getting in motion and paying attention can open you up to new possibilities you did not contemplate.

At each stage of starting GameTruck, Dad’s advice rung true. I had a clear intention of what I wanted to achieve; I just didn’t know how I was going to achieve it every step of the way. But I always managed to take the next step available to me. I also kept my eyes open to the possibility that something even better might be waiting for me, and frequently a better solution or opportunity presented itself.

It has is my experience that clear Intent, coupled with focused action, and a willing openness to possibilities make a powerful combination. While Dad called that combination – or more specifically the results of that practice, “dumb luck” – I think of it differently. Action without vision is a hobby. A vision without action is a dream. Action and vision without openness quickly becomes a tired rut. While intent and openness are important, it is my firm belief that the willingness to try, to take action in the face of uncertainty is essential.