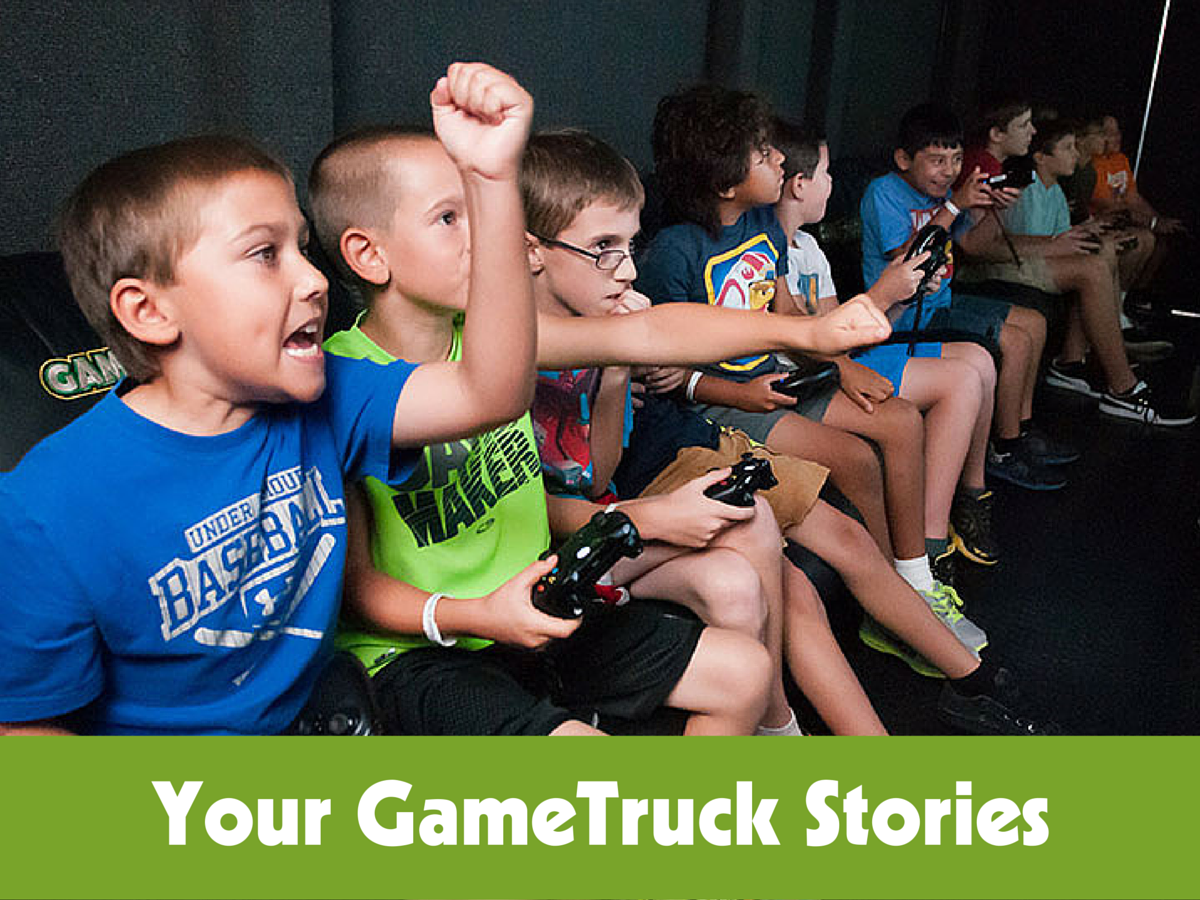 GameTruck Long Island hosted a party for Meghan, one of the writers at Mommyish in August 2014. David Schwartz and Paul Bernieri, owners at GameTruck Long Island, helped make sure the event was booked and ready to go for Meghan and her family and friends. The GameCoaches that hosted the event made sure that everything went smoothly.

Mommyish is a blog that takes parenting seriously and welcomes a wide range if perspectives on all topics related to being a parent. See Meghan’s review “10 Reasons A Party Truck Is A Fantastic Idea For Your Kid’s Party” below, originally posted on August 20, 2014 on Mommyish.com.

Have you heard of a “Party Truck”? I had no idea such a thing existed until earlier this summer when I got an email from a company called GameTruck. They wanted to send us one to write about for Mommyish. The idea is pretty simple. You rent the truck for two hours and they show up at your door with games, entertainment and music. Basically, it’s a self-contained party that drives up to your door.

GameTruck offers trucks with two different party options: laser tag and video games. I live in New York City, so the whole idea of laser tag/kids running around in traffic with guns thing didn’t appeal to me. However, I know a lot of 8-15 year olds who LOVE video games, so that seemed like an easy route to go. And yes, they LOVED it.

At the end of the day, if you are anti-video game (or live somewhere that cannot fit a semi-truck), the GameTruck we got will not be your bag. But there are a lot of great things we found out about having a huge truck full of video games drive up to your house.

2. You Don’t Have To Do AnythingThe party begins when the truck shows up. It ends when it rolls away. As the day went on, I felt like a rockstar for answering a series of emails to schedule the truck. Other than that, all I did was show up.

3. Everyone Will Be SOOOO QuietHave you ever seen 10+ kids sitting quietly for nearly two hours? Everyone in attendance was so awestruck by the number of games on offer — and then excited about playing — that this was by far the calmest group of kids I have seen to date.

4. It Won’t Just Be Kids Sitting AroundThe truck we received had two TVs outside and a number of active games – including Dance Dance Revolution – which kept people entertained who weren’t inside the truck.

5. Adults Can Have Fun TooI’m pretty sure no one actually played Dance Dance Revolution properly the entire time we had the truck, but there was a lot of dancing and silliness and everyone loved it.