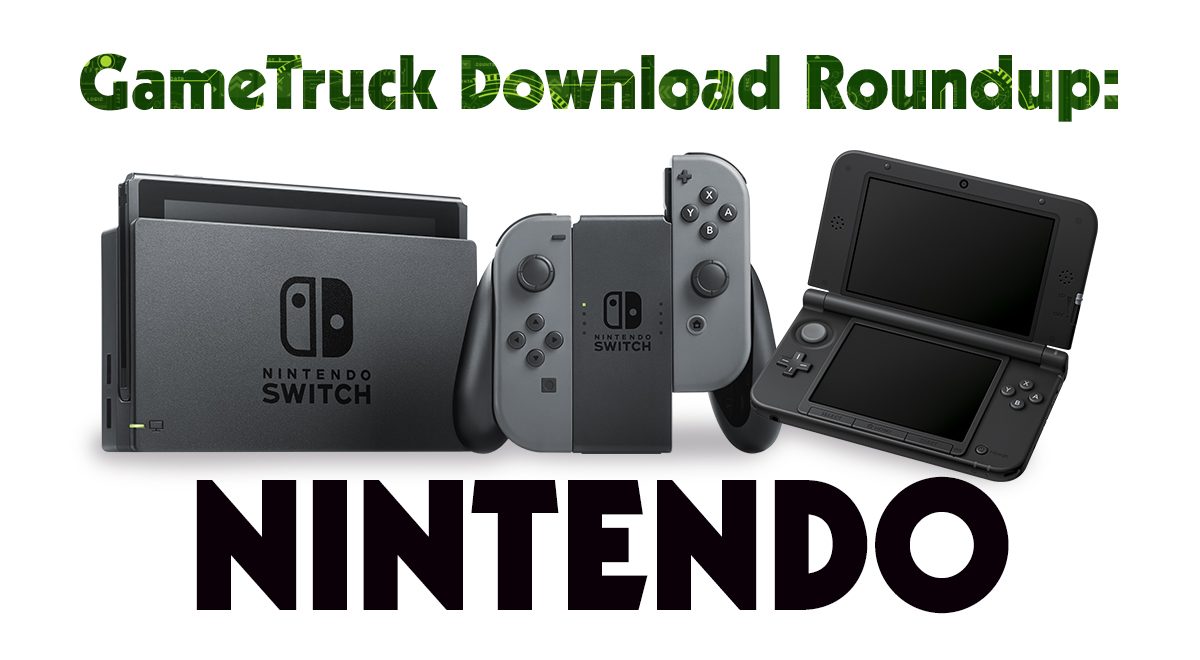 This past month, Nintendo offered some pretty cool downloads in their eShop. We’ve culled the offerings and are sharing our favorite Nintendo Switch and Nintendo 3DS games below. Then, when you are done reading this post, head over to the Nintendo website to find more deals and sales.

For the Nintendo Switch

Minecraft: Nintendo Switch Edition, a game that fans have been waiting for, doesn’t disappoint! Explore randomly generated worlds and build amazing things from the simplest of homes to the grandest of castles. Play in Creative Mode with unlimited resources or mine deep into the world in Survival Mode, crafting weapons and armor to fend off dangerous mobs, all with split-screen multiplayer options. Includes several fan-favorite add-on packs, including the Super Mario Mash-Up pack, are included in the Minecraft: Nintendo Switch Edition game. Additionally, this makes a great party game because it can accommodate up to 8 players.

NBA Playgrounds is a throwback to the classic NBA arcade action. Take your “A” game to the playground and beat the best in high-flying 2-on-2 basketball action. Collect your favorite players from a massive roster of current and retired NBA superstars from every team. And make sure you try these player combos for some of the best plays. This game is action-packed and perfect for the sports fan.

In the Disgaea 5 Complete game, lead Killia and his tenacious army of rebels on their dark and dangerous path to vengeance. This strategy RPG offers hundreds of hours of over-the-top, award-winning gameplay, and marks the first time the core game is available on the go. The game includes all eight bonus scenarios, four fan-favorite characters and three character classes that were originally only available as DLC. For people who want to try before they buy, a free demo for the game is also available in Nintendo eShop on Nintendo Switch.

For the Nintendo 3DS

In Fire Emblem Echoes: Shadows of Valentia, on a continent that was torn asunder by warring gods, guide two armies through brutal tactical battles, as this reimagined RPG epic invades the West for the first time. Uncover the intertwining stories of Alm and Celica, engage foes, fend off dragons and explore 3D dungeons. Your prowess will grow as you master this melding of modern and legacy Fire Emblem gameplay. Also available are four downloadable content packs which, as of June 1, have all been released.

While Mario Kart 8 Deluxe was released just before the start of May, we are including it here because it’s a great game. This social gaming experience allows users to play up to 4 players per TV, 8 players per Network, and 12 players via Online Network. Race your friends or battle them in a revised battle mode on new and returning battle courses. And every Wii U track and DLC track is included! Plus, the Inklings appear as all-new guest characters, along with returning favorites, such as King Boo, Dry Bones, and Bowser Jr.!

For many generations, Zelda has been a must have for any Nintendo console release; some might say release Zelda + release console = print money. How does The Legend of Zelda: Breath of the Wild fair? Let’s find out.

When I first started Breath of the Wild, the only word I could think of was “WOW”. Visually it’s breathtaking. With a mixture of the more realistic feeling modeling of Skyward Sword and the the cell shaded coloring of Wind Waker, Breath of the Wild has seems to have the best combination to keep all sides happy. When we played the demo at E3 2016 there was discernible draw and pop-up issues on the Wii U hardware. Those issues are almost completely gone on the Nintendo Switch version, more than likely attributed to it’s increase in processing power. The sound effects and music used in the game help in providing an immersive atmosphere as well.  Jason would chime in to complain about the lack of voice acting throughout the entire game, rather than just cut scenes, but I don’t care and we’ll just let him have his ragefest in the comments below. The controls in the game work extremely well, no matter which of the three play configurations you put the console in. However, despite how much I liked using the Wii motion controls during Twilight Princess I quickly turned them off. While motion controls may have worked well, since I no longer HAD to use two separate controllers I opted for a more traditional controller.

In addition to this being the largest Zelda game ever, it has to be the deepest and richest story done yet. The narrative of the story and use of flashbacks increases your attachment to the characters and is a major standout. In most previous games, Nintendo focused more on fleshing out the narrative of what you needed to do to complete the mission and less on the character back stories. In BotW they added every conceivable back story you can find: father issues, love triangles, inability to live up to destiny, loss of parental figures and friends, you name it. There are only a couple of cons that can be found in the game. The first con is the issues with weapon and shield durability. While they did make major strides in the game by making bombs a form of magic, rather than a consumable good, I and many people on the internet have a gripe with weapon durability. Weapons break way too easily and you’re essentially way underpowered for the first half of the game. While there may be a ton of weapons to pick up all over the place, most of the time they’re horrible garbage that will very easily break. The only other con that I have is the Gerudo village. Let me start by saying that I’ve played enough JRPG’s to have absolutely no problem with a character needing to crossdress in game. The issue that I have is that the need to cross dress NEVER GOES AWAY. At one point you are called a hero to all Gerudo and a savior of the city, but are still not allowed in to the city without wearing women’s garbs. This would not be a big problem except that the women’s garbs have almost no defense, necessitate you to change out whenever you leave the village and then change again anytime that you want to get a sweet deal on arrows. If they either lifted the ban after I became their hero, or made the garbs have a better armor rating, this would be a moot point; alas neither of those happened though. All-in-all BotW was the best, most engaging Zelda game that I have ever played and is definitely worth the purchase. The ability to play both on the go and lounging around makes the Switch the best platform to play it on.

This article was reposted with permission from IBeatItFirst.comhttp://ibeatitfirst.com/the-legend-of-zelda-breath-of-the-wild-review/ 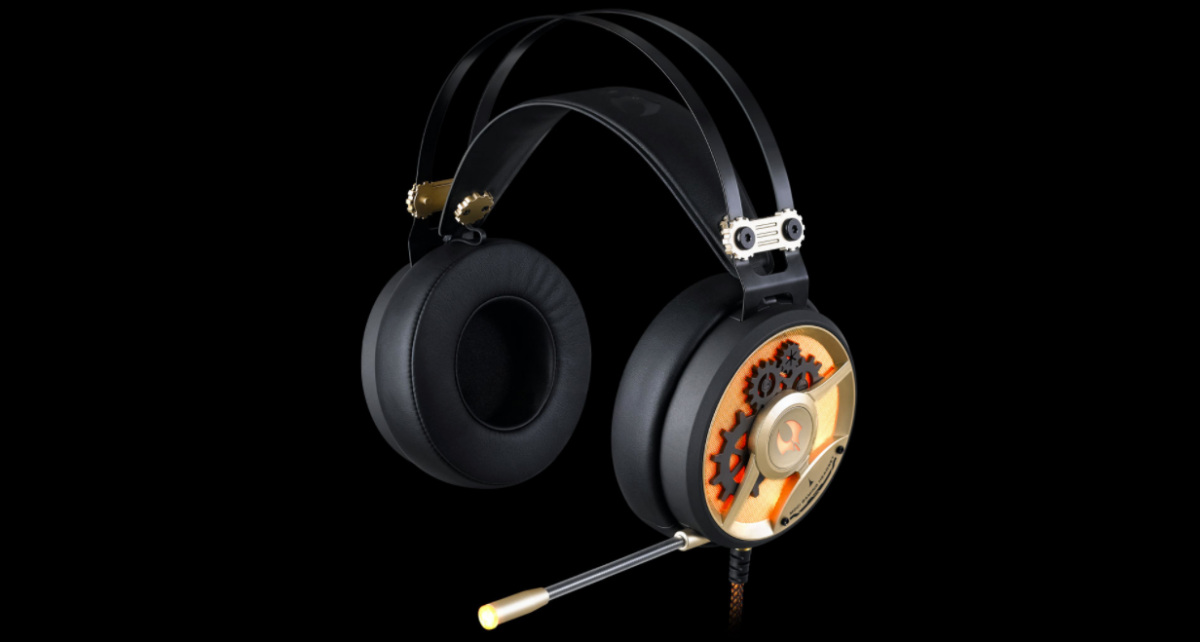 Bloody is mostly known for their keyboards and mice but we’ve also gotten our hands on their M660 Chronometer headset.  Boasted as a good headset for both console and PC gaming, we put it through it’s paces to see just how good it is.

My first impression of this headset after putting it on is that it’s very comfortable to wear. The ear cushions are soft and breathe well. The flexible headband on top auto-adjusts for the most comfortable feel. The headset isn’t too heavy either and all of this combines for a headset you can wear for long periods of time without any discomfort. The outside of the headset is LED lit with a neat gear-work design.

Now the most important part of a headset is how does it actually sound? Bloody describes the M660 headset as a 2-diaphragm system. One is made of Mycelium Carbon Fiber which gives clear high and mid sounds and another more flexible one that gives a deep resonating bass sound. The sound is crisp. When playing games with surround sound it performs well, which while playing an FPS game can be the difference between a kill and a death.

My one complaint with this headset though is the microphone. It is omni-directional which seems like a good idea but when I’ve used it the only result is it picks up extra background static that can be annoying to listen to if you’re on the other end. A unidirectional mic would make more sense since the microphone comes off the side of the headset towards the mouth. This would also eliminate a lot of the background static.

All-in-all the headset performs well. It sounds good, is comfortable and easy to wear, and looks pretty rad too. At the $70 price point it’s definitely worth considering.