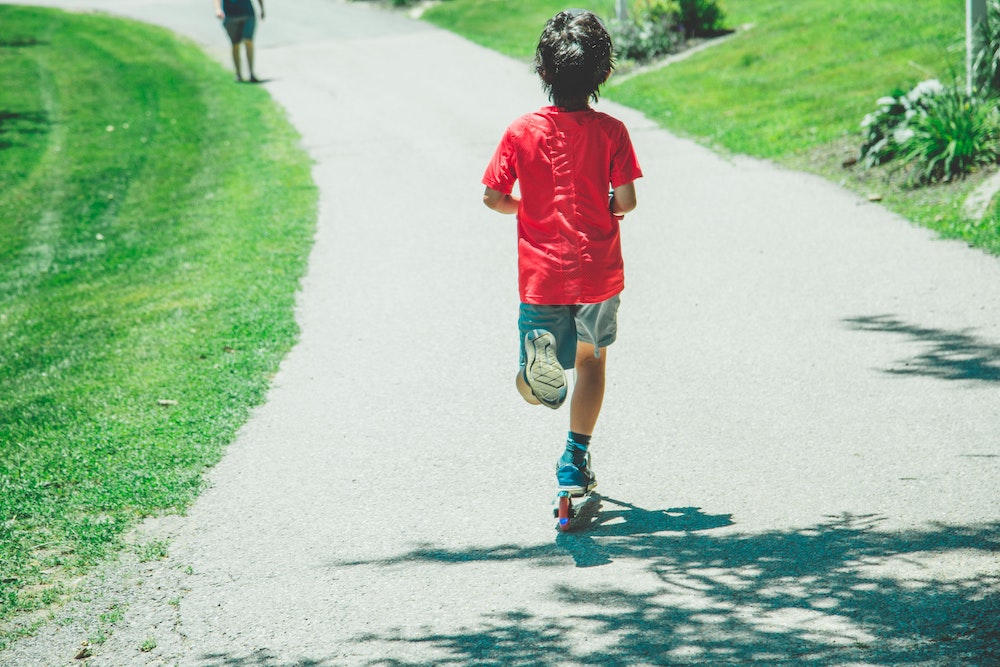 Kids can’t stay inside and play video games all the time. Okay… so they technically CAN, if we’d let them, but we know that they shouldn’t. But how do we get our kids outside and enjoying springtime? GameTruck San Jose made this list that is sure to get your kids outside and moving.

Make it a Group Activity

Call some friends and take them to the park. If you have space, bring their friends over to play in the yard. Outdoor group socialization is important for child development. It is necessary for children to play together for physical, cognitive, social, and emotional well-being. Children learn valuable skills when they play together like problem-solving, creative-thinking, and cooperation with others. If you gather your child’s friends together for outdoor play, they will be much more willing to play outside. Also, their friends’ parents will thank you for encouraging their kids to play outside – and for giving them a break! If you’re in San Jose, take them for a giant game of Monopoly in Discovery Meadow.

Teach Them Some Old Games

Teaching children about the favorite games that you played as a child creates a connection between the two of you. It is also a fantastic way to get you involved in playing with them outside, and it’s always amusing for parents to reminisce about their own childhood! Your child might already play some of these games at recess or daycare, but let them know it was once your favorite, too.

Scheduling an event can be another great way to get your children’s friends together and engage them in some outdoor play. Here’s a cool idea for a DIY treasure hunt. The treasure hunt taps into all those skills that outdoor play encourages: co-operation, problem-solving, and creative thinking. Or, create an event your children will always remember. GameTruck San Jose can turn any outdoor space, like a park or yard, into an awesome gaming party. That way, your child and their friends can game and play outside. It’s win-win!

“Bet you can’t catch me!” A little competition may motivate your children to get moving outside. While not every child is competitive, if your child likes a contest, use it to your advantage. Games like horse, cornhole, and horseshoes, are enjoyable, and they also require little exertion on the parent’s part.

Put down a blanket and get out a book! Just being outside in the sun helps keep children healthy by producing much needed vitamin D. Indoor games brought outside will take on a unique spin on an old classic when played outdoors. For example, with a little spray paint, you can make your own outdoor twister board. Another activity to take to the backyard is painting. Set-up a huge canvas that will allow your child to have a ton of fun and get messy, but since the painting is done outside, clean-up will be easy; just get out the hose! Once the paint dries, put the canvas up somewhere inside, so everyone can admire their masterpiece.

Get Outdoors with GameTruck San Jose

Looking for something more exciting than these tried and true activities? Combine an outdoor day at the park with your children’s favorite video games. Just confirm the availability with your local park ahead of time, and GameTruck San Jose can bring the party to you. Request a free quote here or call us at (866) 253-3191 today!

Spring break is THE time to host a video game party. Awesome weather, a week off from school, and all of your friends are home, too! What better time to have friends over for an epic party filled with games, good times, and fun?!

Of course, you probably already have some games that you like to play with your friends. Maybe you were lucky enough to score the new Super Smash Bros. Ultimate! What characters have you been playing? We love Kirby and Piranha Plant!

Fighting games work well at gaming parties because matches only take a few minutes. You can switch quickly among friends, and those who aren’t playing won’t have to wait long in case of a rematch. First person shooters, anyone? If you have more than one console, you can form massive teams! Sports games always have multiplayer, and they’re a true test of your skills. But sometimes, the games can take way too long. You can try switching players each quarter if your friends don’t want to wait!

Plan ahead! You’re going to need plenty of tasty snacks and drinks to ensure that your party goes on all night long. It’s important to buy your snacks before the party begins to avoid interruptions. Admit it – that 15 minute trip to the store always takes longer than you plan when your buds tag along. You can ask your friends to bring their favorite gaming fuel. That way, everyone is a contribution.

The kinds of snacks you buy are important. Buy things that are easy to eat with one hand or that can be eaten between matches or cutscenes. Keep in mind, some one-handed snacks can be quite messy! Nothing is worse than Cheetos dust all over your controllers. If you’re into cooking, check out these fun recipes that are great for gamers.

Also, stock up on plates, cups, and napkins. If you have the room, it might be a good idea to make a separate space for the snacks. A dedicated food area will be easier to clean up and keep the gaming zone clean, too.

This should be a no-brainer. Make sure that all of your controllers are charged before your friends come over. Have extra controllers just in case. In case you missed it, check out our guide to what gaming accessories you might be missing out on!

You can always encourage your friends to bring their favorite accessories and controllers as well. That way, your friends can’t accuse you of having broken controllers when they lose! Who likes a poor loser anyways?

Let’s Get This Party Started!

If you really want to make some memories, get in touch with us today! GameTruck parties are the way of the future; we come to you and do everything we can to bring the fun, the excitement, and good times! We’ll bring the consoles, 80+ of the latest, age-appropriate games, and room for up to 16 players at once! Contact us online today or give us a call at (866) 253-3191 to get started, together! 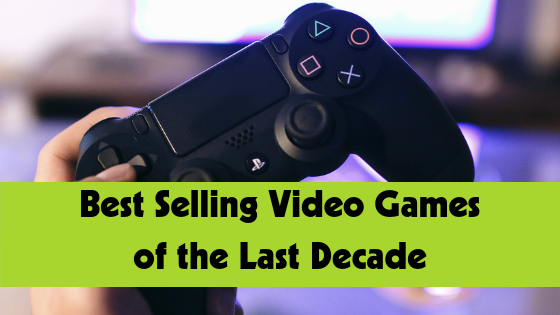 As the years have gone by, we’ve had the joy of witnessing the video game industry evolve and grow into the huge platform it is today. While there will always be some debate and subjective opinions on what the golden era of video gaming history was, sales numbers don’t lie. That’s why GameTruck San Jose has compiled a list of the best-selling video games of the last decade. Do you think your favorite will make the list? Let’s find out!

Perhaps the reason for this game is so popular is because it was released on so many platforms – in fact, there’s a running joke in the gamer community that the makers of the game will just continue releasing it on new platforms instead of ever creating a sequel.

Regardless of how it made so many sales, this exciting game has reached an impressive 30 million units sold since its release just over seven years ago in 2011.

Though it ties in sales with The Elder Scrolls, Diablo 3 was released six months after, meaning it reached higher sales in less time, what a feat! While Diablo 3 didn’t have the smoothest launch, it did manage to recover from its shaky start. After its rough start, developers called out to its unhappy players to see what they could do to improve the game. 30 million copies sold later, applying the constructive criticism certainly worked.

Not only did Overwatch manage to sell over five million copies more than the previous two entries on this list, but it also managed to do so in a fraction of the time! Released only a few years ago, this sensational game is available on multiple platforms. Pick your favorite console and find out what all the buzz is about! Choose your character wisely though… I’m already Tracer.

Perhaps one of the most iconic video game series of all time, it’s no wonder how Grand Theft Auto V managed to sell 90 million copies in five and a half years. The game is available on multiple platforms, and even has an online multi-player version which has certainly helped to keep its popularity alive.

It’s amazing how popular a game that is essentially playing with legos virtually can become, but Minecraft did it. With over 144 million copies sold since its release in 2011, Minecraft has become so iconic that even non-gamers have heard of it! On the flip side, it’s amazing to see the incredible creations that the truly dedicated have managed to create.

Minecraft’s simple premise and broad appeal is the reason it has become the top-selling video game of the last decade.

Play These and More at Your Next GameTruck Party!

Want to experience these games and find out what has made them so popular? Give us a call at (866) 253-3191 or contact us online to schedule your next video game party! We’ll come to your house, set up our video game truck, and give you the best birthday party, school event, church event, or family reunion you’ve ever had!