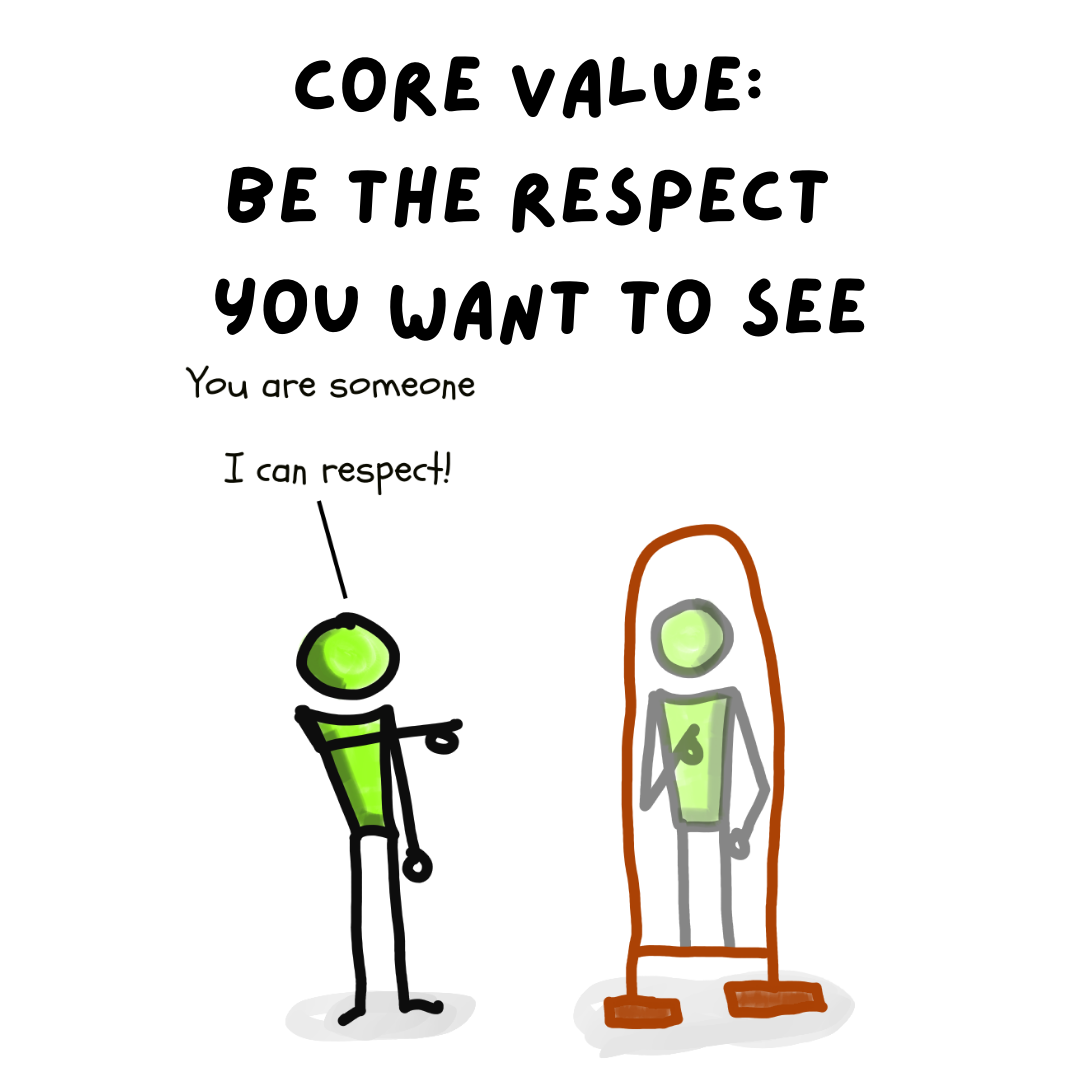 I was in my company’s call center and someone had made a mistake. I could tell because a franchise owner, who had called to speak to an agent, sounded upset. Mistakes with event bookings can be very stressful to owners, and it was all crashing down on a call center worker who was brand new to the company. I remember thinking “please, just don’t make her cry.”

What actually happened on that call blew my mind. Far from breaking down, the agent remained poised and calm. She respected the owner’s feelings, took the issue seriously, thanked the owner for bringing the issue to her attention, and took the steps she needed to address it.

For context, I was raised to believe that you had to earn respect, as if respect is a scarce resource. Respect was talked about like money, like a few people had a lot of it, but that most of us didn’t have enough, and that we were going to struggle to earn enough for the rest of our lives. In that call center, I learned from my agent that respect doesn’t follow the laws of scarcity. Neither of the people on that call had to “earn” each other’s respect, the way I had learned they should. One respected the other, and they got respect back. Respect is an infinitely renewable resource. It’s something that we can generate from within ourselves and that we can give away freely.

The late George S. Thompson spoke of respect as one of the most powerful tools available in his profession as a police officer. He was an imposing 6’2”, had a PhD in English, and a black belt in judo, but he valued his ability to be respectful above any of these advantages. In his book, Verbal Judo, he explains that even though he had the physical ability, the moral authority, and the legal right to force people to do what he asked them to do, every time he used those abilities, it was the worst decision he could make. Thompson believed that it was always more effective to treat people with respect, exactly what my call center agent had done.

I am not overstating that her attitude and that of the team that followed her completely transformed the way that not only our franchise owners talked to our booking center, but how everyone at our company started talking to each other. Our culture shifted. Even our franchise owners, like the caller I overheard, began talking to one another differently. When we model for others by giving the respect that we would like to receive, that respect comes back to us amplified. Respect is something that we can demonstrate in a wide variety of situations. Everyone craves to be recognized, to be understood, and, ultimately, when people are recognized and understood, they’re open to being helped.

At the end of the day, that’s all that call from the franchise owner was, a cry for help. Very often, people are upset and angry because they’re afraid that no one cares enough to help them. One of the most important things you can do, then, if you do care, is to act out of respect. I believe that the more respect we put into the world, the more respect there will be for all of us, the calmer people will behave, and the better the world will be. It certainly has been that way at my company.