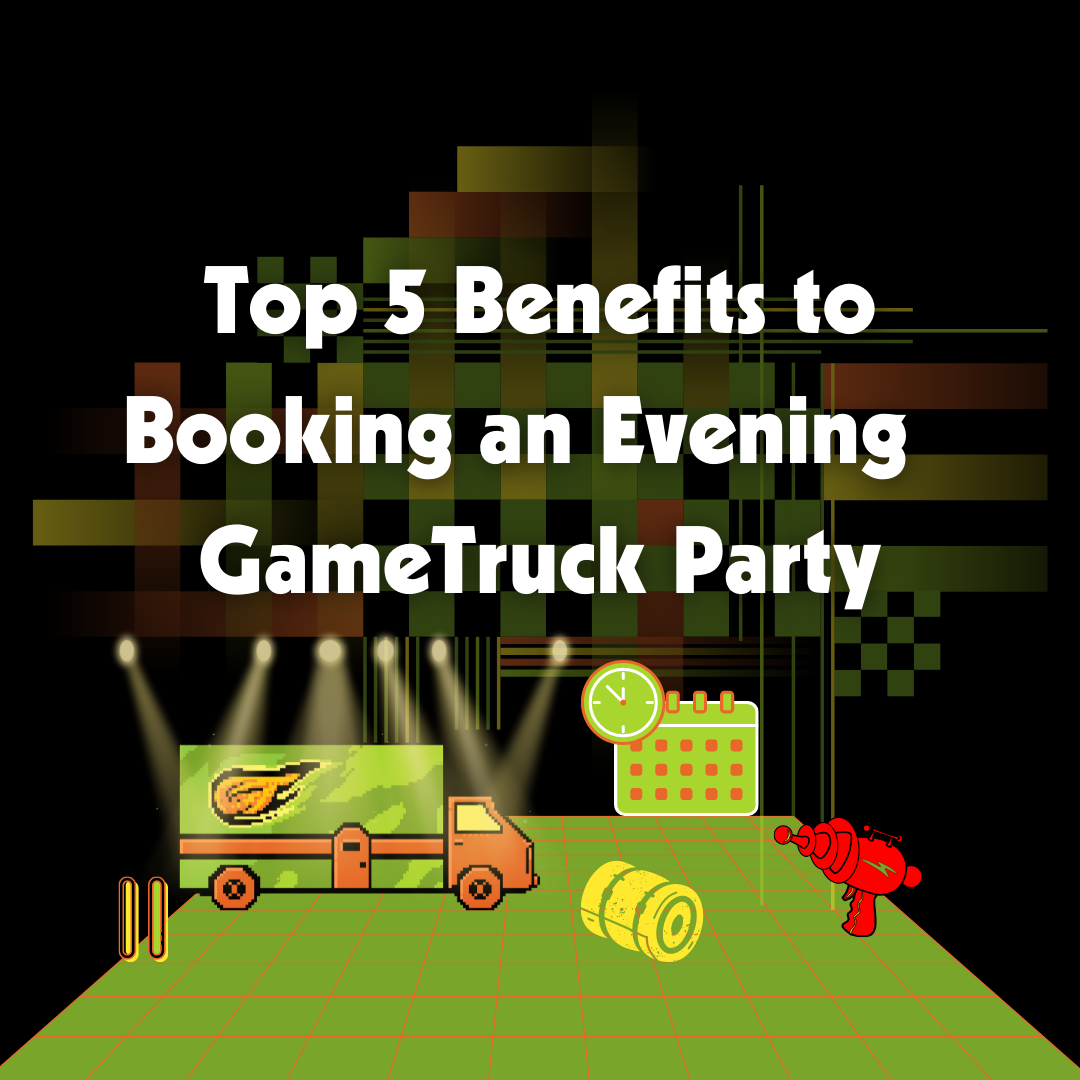 We know that when the lights go down, your party will be the talk of your town.

Bonus Benefit:  No work or school. When you throw an evening GameTruck party, you don’t have to worry about work hours or school hours because this party is thrown AFTER hours. No more bosses, no more books, only super happy looks! (Ok. so, I won’t ever be a lyrical poet, I’m sure you got the idea!)

Once again, I think we make a very compelling case for why an evening party with GameTruck rocks. Don’t get us wrong, afternoon parties are legit, but our goal is to make you think twice about throwing your party at the most conventional times. Some of our most skeptical parents, book parties at times they never thought they’d book and afterward were so grateful they did – that’s how much fun their kids and their friends had! Of course, any time of day (or night) is a great time to book GameTruck. Our GameCoaches always show up ready to make memories with your kids that will last a lifetime.

No matter what time of day it is, we look forward to seeing you at your next event! 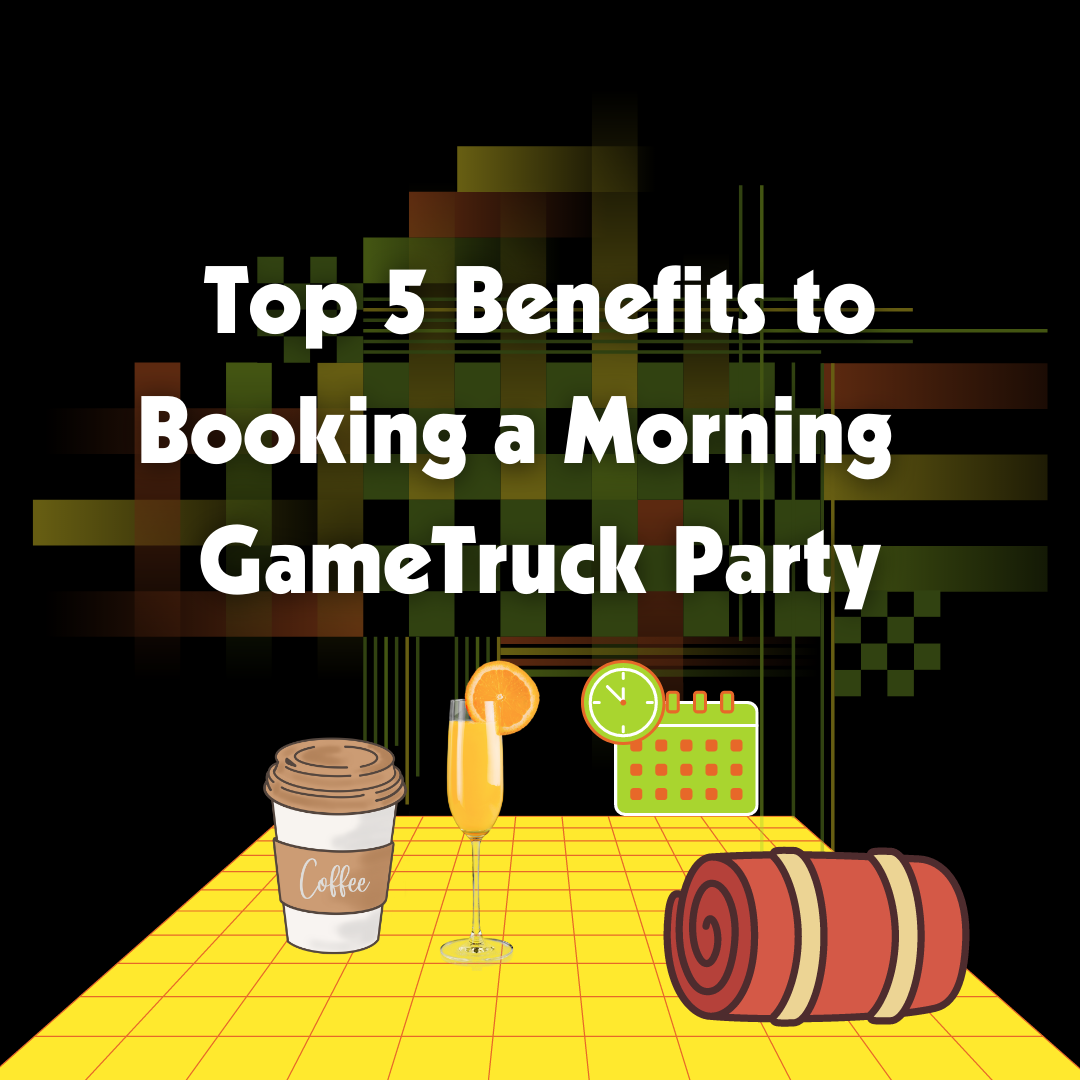 There are so many benefits to booking a morning GameTruck party! Although conventional wisdom says you should book your party in the early afternoon, we don’t see the benefits. Nope, when you call us to book, we believe you can have MORE fun and receive several benefits if you don’t book in the traditional early-mid-afternoon birthday party time slot.

Less Whining, More Playing. Morning GameTruck parties eliminate the full day of “Is it time for my party?” and “Mom, when will my friends get here?” Schedule that morning party and get them playing together before they can even ask what time it is!

Sure, afternoon parties are cool, but we think we have made a very compelling case for booking a morning party for your children. No matter what time of day you have your party, we will continue to provide the most fun and enjoyment for your VIP and their friends as well as some downtime for you. When you book a GameTruck party, you’re booking more than a party, you’re booking memories that will last a lifetime.

We look forward to seeing you at your next event! 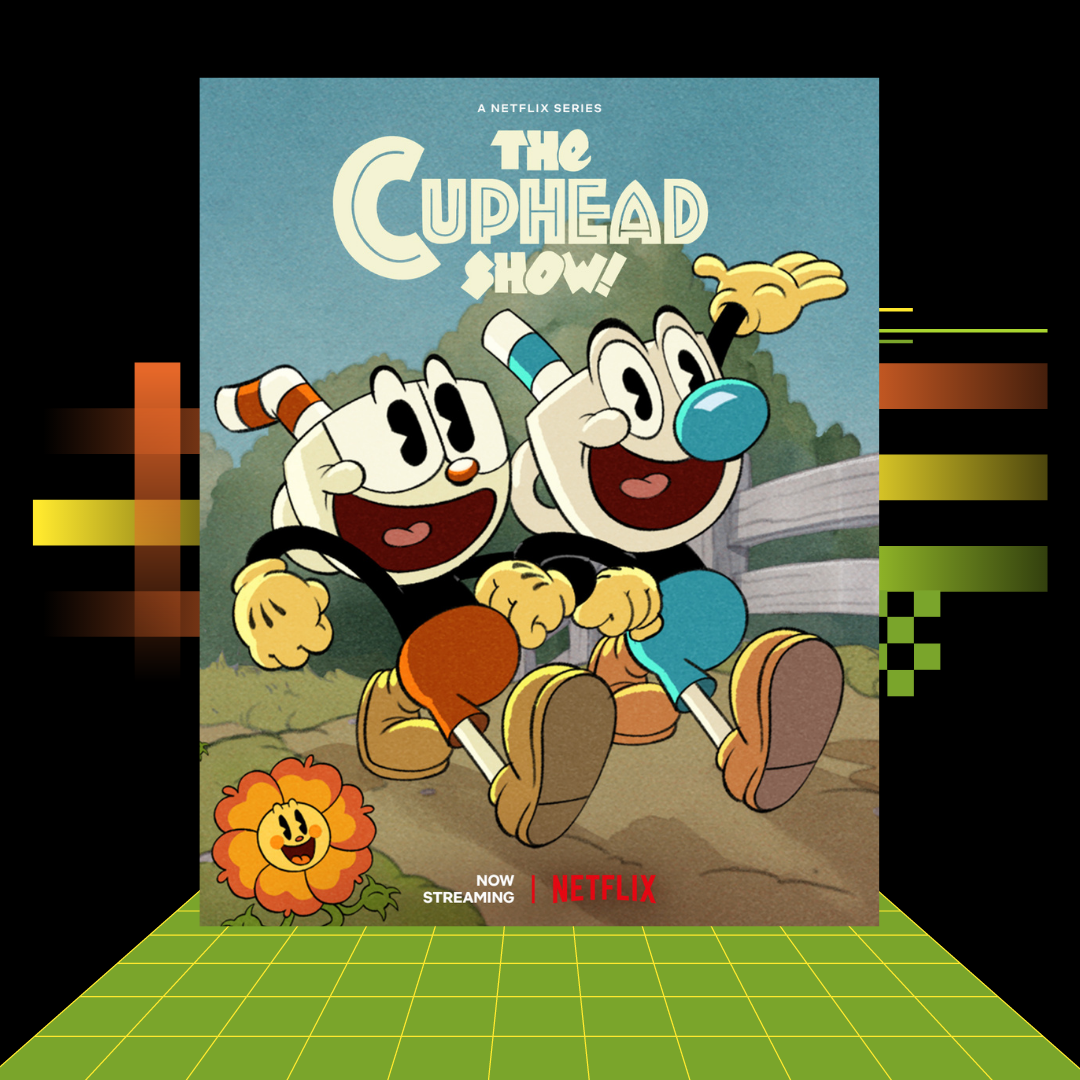 If you’re anything like me, you’re always looking for that next cool thing on Netflix to watch, especially something you can share with your whole family. Well, look no further than their new series, The Cuphead Show! which premiered earlier this year. The show is based on the Cuphead: Don’t Deal with the Devil video game. The game is a classic run and gun shooter/action high energy battle game built in the ilk of 1930’s cartoons (think Steam Boat Willie starring Mickey Mouse).

The Cuphead Show! is “Looney Toons” meets “The Little Rascals” and will have you (and your children) laughing for many different (and sometimes the same) reasons. Think back and imagine a time when you were a kid, at grandma’s house. Grandma just put the soup on, made you a bologna sandwich, and turned on Bugs Bunny. For the next two-three hours, you both are cracking up over old-school slapstick hilarity and crazy, zany, situations the characters seem to inevitably find themselves in! If you think back hard enough, there were some things you just weren’t sure why Grandma laughed at (you sure know now) but you rolled with it anyway.

Shows just don’t deliver these kinds of moments anymore, that is, until The Cuphead Show!

A couple of Saturday mornings ago, my wife, kids and I were looking for something to watch. Normally, we can’t agree on anything and end up watching things in separate rooms in the house. I made pancakes and bacon, turned on Netflix, and started scrolling. During my scroll, I saw the show trending on the platform. Having played the game, I was instantly intrigued and pressed play on the first episode. One of the best Saturday morning decisions I’ve made in a while.

Right from the opening song, my kids, wife, and I were hooked – it was so catchy. Quick hitting episodes are a forte of this series and the creators don’t mess around getting right to the meat of each situation making for a fast-paced, wild ride. The mischievous Cuphead matches perfectly with the more even-keeled Mugman and the two play off each other elegantly throughout the series. We flew through the entire 12 episodes (pancakes and bacon as well) giggling and carrying on for right around three hours – we all had an awesome time seeing how the dynamic duo were going to get out of their next predicament. There are of course obvious supporting characters and villains, like any great series. When it ended, the show and memories we created took me back to a place I hadn’t been nostalgically in quite some time.

My kids have rewatched the series two or three times, and I have caught a few episodes they’ve rewatched since our family binge. It makes me happy that they can experience (and hopefully appreciate) some cool, old-school cartoons like I did when I was their age.

So, if you are looking for a cool, new, family-friendly show that will take you back to your youth then check out The Cuphead Show! to start laughing and creating memories with your family today!