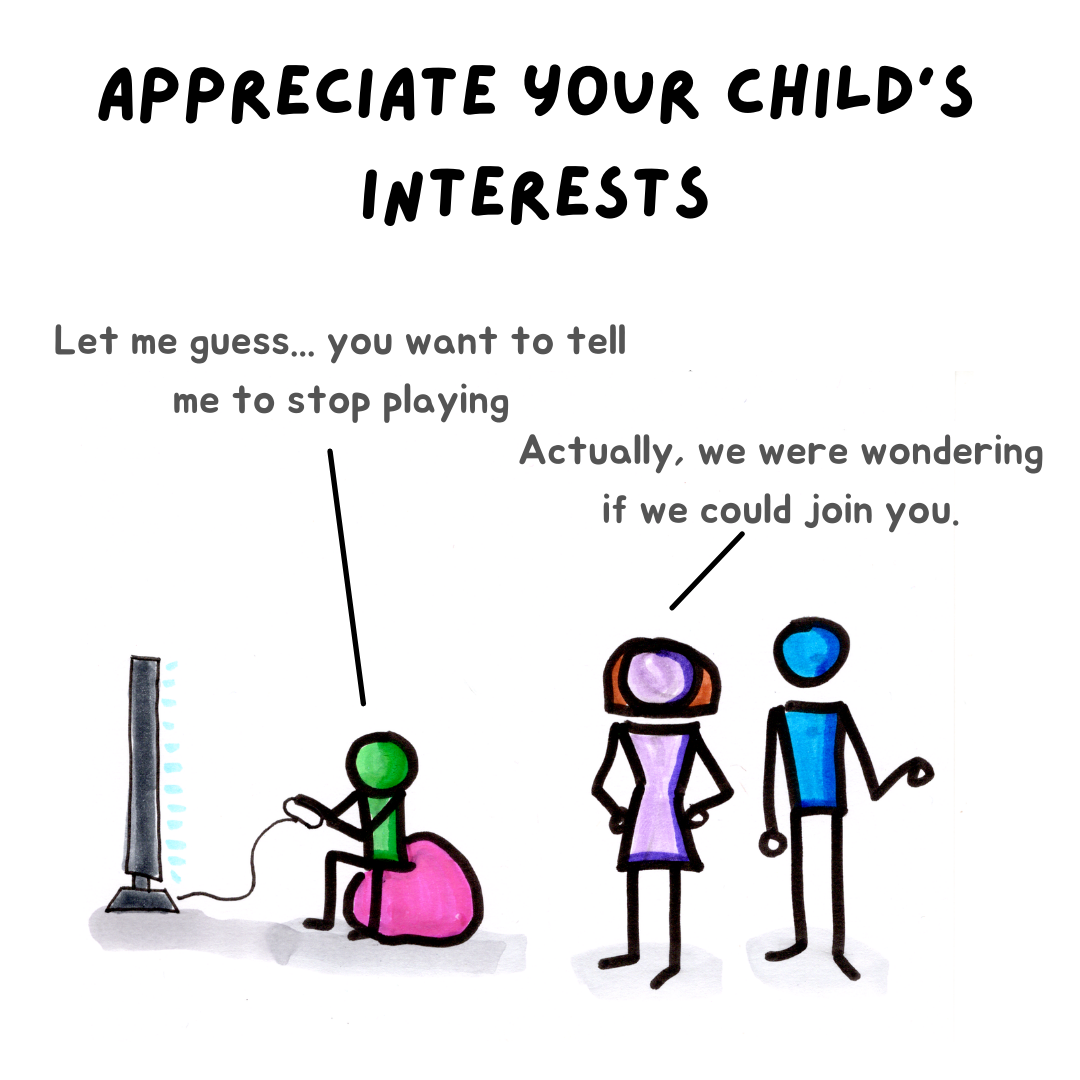 A friend of mine recently reached out to me and said that she was concerned about how much her child was playing video games. She was afraid she was losing her child to them. Now, for many  parents, that’s a common concern, and it may be a concern you have. My advice took her by surprise, because what I encouraged her to do was lean into her child’s interest. I asked her if she had ever played video games with her child, and she said no. I encouraged her to make the effort to sit down, give it a try, and see what happened.

Her child was playing a game called Minecraft which is extremely popular. When my friend jumped in, she was shocked at the complexity of what he was building in that game. She told me “Oh my gosh, he’s learning engineering!” It turns out, in the game of Minecraft, there’s a material called redstone you can collect and use to build simulated electrical circuits. People have built devices like calculators, even computers, using the tools available in-game that function like their real-world counterparts. She had no idea the depth of the world he was exploring and the complexity of what he was constructing. She said it reminded her of a lot of the type of creative work her employees did at the graphic design agency she runs.

The experience radically changed the conversations she was able to have with her son. She could see and understand what he was building. He used to quietly hide away in the corner because she wouldn’t understand it, but now he couldn’t wait to share with her what he was doing and what he was learning, and a whole new world opened for both of them.

I’m not saying there aren’t any legitimate concerns about our children gaming, but I’m not so much worried about how much time children spend playing video games. I’m worried instead about the quality of play and the social dynamics. Leaning into your child’s interest isn’t necessarily about playing more games with them, though I do encourage that, but it can also be looking for opportunities to use the game to get them out of their room. Enroll them in a local video game league. More and more cities are adding esports programming, for example. Esports is competitive video gaming, but there are also casual gaming programs, at libraries, for example. There’s an increasing number of groups that are trying to provide safe, secure environments for kids to play together online, because it’s important to know who the children are interacting and playing with. I’m a fan of local gaming because it gives you the best chance to play with other kids. You could actually hang out with them from those connections.

Another idea to think about is that, for many kids, gaming is about more than just playing games. Typically people that play with technology are also interested in learning how it’s made. There are opportunities to learn how to do animation for video games, art for video games, programming for video games. There’s a very popular franchise in Arizona called Ninja Coders who will teach you how to code video games. That’s only really scratching the surface in the industry; games also involve writing, cinematography, sound design, music, the artistic use of game mechanics themselves, there are so many creative and technical interests wrapped up in a typical video game that you could use to redirect your child’s interest into something they can get paid for in the future. More and more schools are offering summer camps and programs that use these interests to engage kids in developing valuable skills. Instead of resisting and trying to pull back from gaming, lean in and redirect your child’s interest.
Create more social opportunities for play, maybe inviting other players over to your house so they can play. Something we’ve seen in our work in the video game industry is that when we get gamers together and get them to play together, especially in the same space, the amount of energy and connection and comradery that unleashes is tremendous. You don’t have to have a Gametruck party or a Gameplex party or a Bravous event to do that. You can do that in your own home by sitting down and playing some games together with your kids. We had an amazing Thanksgiving last year which I’ll write about another time where we got our entire family, including my wife who wouldn’t identify herself as a gamer, into a video game together, and it was an awesome experience. When you see your child developing a strong interest in gaming, even if you’re not worried about it, I would encourage you to lean into that interest and see what’s there, because there’s a massive world that may be waiting for both of you to discover together.